Real life Vibranium, Octopus brains and the Power of the Sun. This week we catch up with the little progress Jeremy has made in plumbing his big tank and rubber-banding mushrooms, Peter is ready to take on this algae with a plan that still has a few kinks in the details but has all the makings for greatness! All this and more on Episode 71 of The Reef News Network! 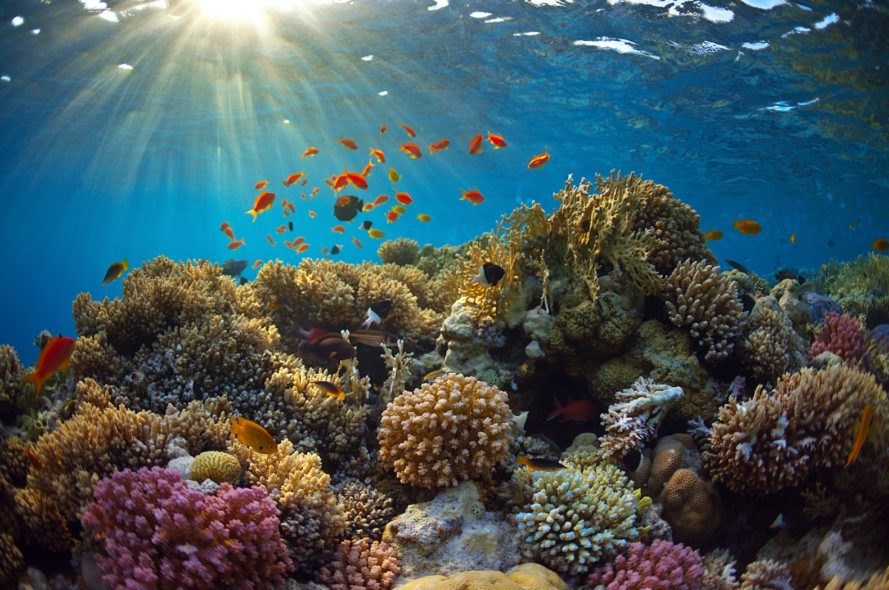 Jeremy: Although the nation of Wakanda exists only in the MCU as the home of Black Panther, researchers believe they have found a version of it underwater. And here, 260 feet below the surface in secretive reefs, the warriors accented with vibrant purple are FISH. Previously unknown, the fish species lives in dark coral reefs, called “Twilight Zone” reefs, in the Indian Ocean off the coast of Tanzania. The fish are known as fairy wrasses. Their scales are so deeply pigmented that the deep purple remains even during the preservation process, when color is usually lost. The fish were discovered by scientists participating in the California Academy of Sciences’ Hope for Reefs initiative, which aims to research and restore coral reef systems.

Peter: Octopus, squid and cuttlefish — collectively known as cephalopods — have strange, massive, distributed brains. What do they do with all that neural power? Dive into the ocean with marine biologist Roger Hanlon, who shares astonishing footage of the camouflaging abilities of cephalopods, which can change their skin color and texture in a flash. Learn how their smart skin, and their ability to deploy it in sophisticated ways, could be evidence of an alternative form of intelligence — and how it could lead to breakthroughs in AI, fabrics, cosmetics and beyond.

Main Topic: Ok so this is a really interesting topic that there aren’t many articles on. The question at hand is, can natural sunlight be used in a reef tank? Well, we know that it works in nature, right? So why not your system, why is sunlight (direct or indirect) just an algae outbreak waiting to happen? Isn’t the sun what we are trying to emulate? This week we will cover all of these questions and shed some light on this subject!