Parrotfish, Surgeonfish, and other Weed-Eaters Vital to Reef Survival 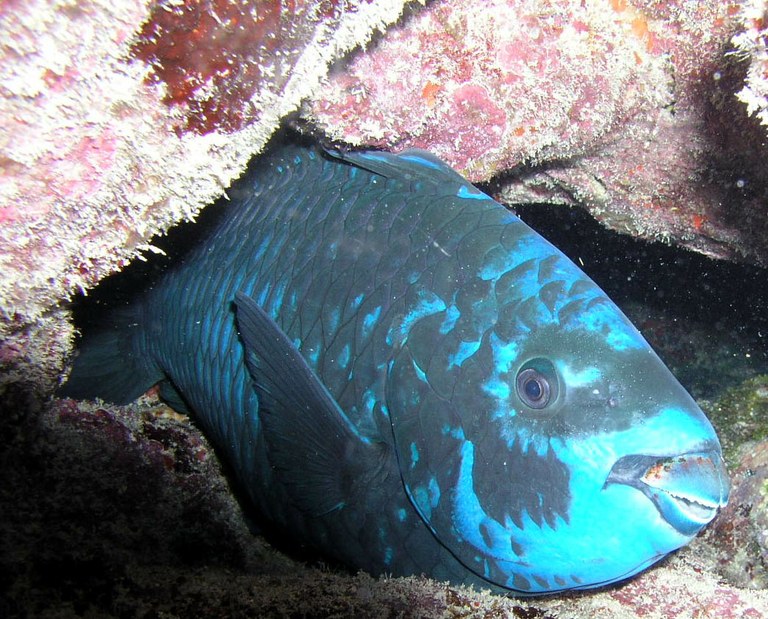 Dr Andrew Hoey and Professor David Bellwood at Centre of Excellence for Coral Reef Studies and James Cook University have documented that once the “weed” density reaches a certain density (as little as the size of an average backyard garden plot) that herbivorous fish will migrate to areas less dense in leafy macroalgaes.  The fish are showing definitive preferences for more open areas with less macroalgae.

“In countries where people harvest the weed-eating fishes with spearguns, nets and so on, like Fiji, we are seeing a fundamental change in the nature of reefs from coral to weeds,” Andrew says. “In Australia where there is much less harvesting of herbivorous fishes, the corals are in better shape and bounce back more readily from setbacks.”

“How herbivores respond in areas of the world where they are still heavily fished may be absolutely critical to the survival of large areas of reef in Asia and the Pacific — and hence to the human communities who depend on them for food, tourism and other resources.”

New Tunze nanostream on the horizon