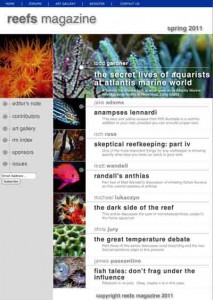 All you information seeking, eye-candy starved wordaholics should go into high alert as the Spring 2011 edition of Reefs Magazine is just about ready to roll.

Stay Updated with Advanced Aquarist for the Latest News