Paracheilinus piscilineatus lands in the USA for the first time 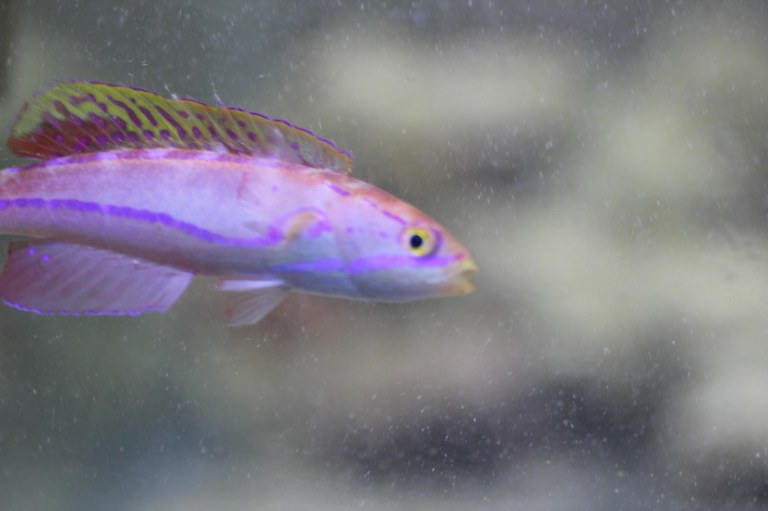 
Mauritius is a small island nation in the Indian Ocean in close proximity to Madasgascar.  Due to its distance from the United States, few Mauritius fishes make their way State-side (especially when the Asian market usually commands higher market prices).  Mauritius is home to many fish species (some endemic) which are rarely seen in the aquarium hobby.  Only recently have Mauritius fishes become accessible.

Randy Donowitz reports at Reefs.com on the first shipment of Paracheilinus piscilineatus to hit the US aquarium trade.  Diamonds of the Reef obtained a pair over the weekend.  The photos are a bit blurry, but you get the idea for the beauty of this species.  As a rare fishes fan (and an even bigger wrasse fan), I hope we see more shipments come this way.

On a related topic, I have not forgotten about my Cirrhilabrus earlei write-up which I promised a while ago in my C.rhomboidalis post.

pests: the embarrassing STI of my reef