A short introduction about this species:

Genicanthus personatus are described as an Hawaiian endemic (most populous in deepwater and the northern islands where waters are cooler), although they have been recently reported from Midway Island.  G.personatus is, like all Genicanthus, a protogynous sequential hermaphrodite, meaning all specimens start as females but may develop into males.  This species is sexually dimorphic: females are white with black markings, while males white with orange and black markings.  See photos below. 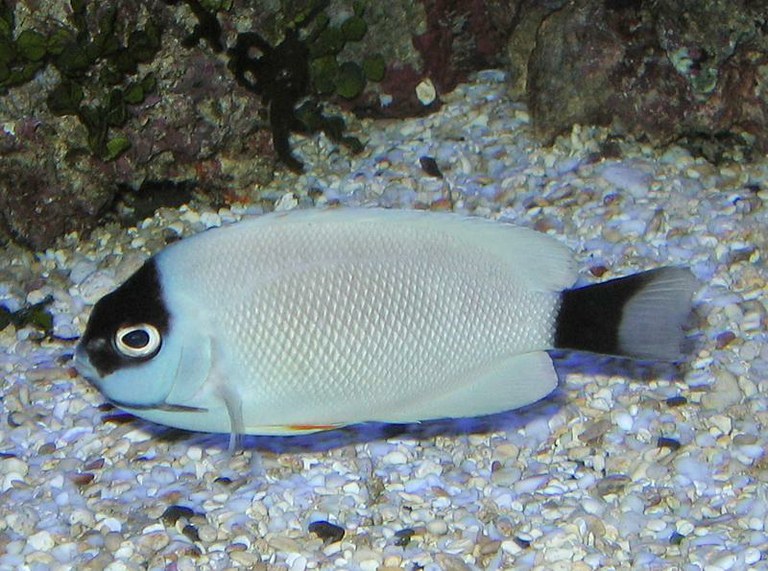