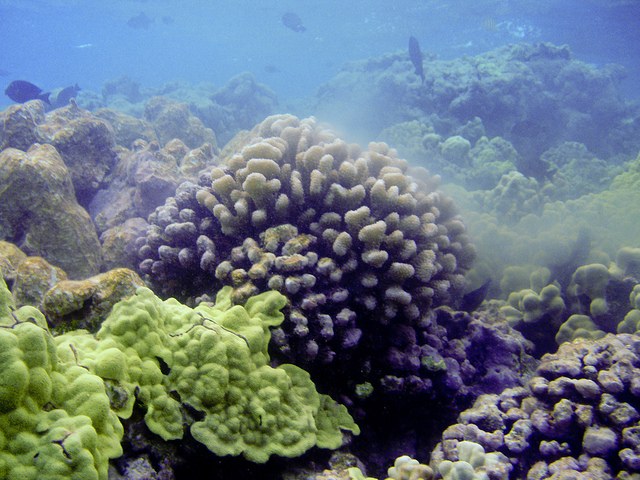 Last month was filled with wonderful reports about coral spawning:

View the video of the Pocillopora daytime spawning.

“On May 19th and 20th, just after sunrise, USFWS staff and volunteers observed a broadcast spawning event for the coral species Pocillopora meandrina (cauliflower coral) within the Shark Island lagoon, French Frigate Shoals, part of the Hawaiian Islands National Wildlife Refuge and the Papahanaumokuakea Marine National Monument. Gamete release must be synchronous among the population to ensure fertilization success, and timing cues are likely related to the lunar cycle.

Beginning in 2000, UH Sea Grant’s ReefWatchers, led by Sara Peck and volunteer Joan Prater, began observing broadcast spawning of cauliflower coral on Hawai’i Island. Broadcast spawning events have since been observed annually on the Big Island by ReefWatchers, and a predictive model is being developed based on oceanographic conditions, seasonality, water temperature and lunar cycles. Lindsey Kramer adjusted the 2011 predictions for the Big Island spawning to fit the later sunrise and moonset at the French Frigate Shoals.”

Two C.earlei Fairy Wrasses available stateside, but with a hitch