By Tony Vargas 10 years ago17 Comments 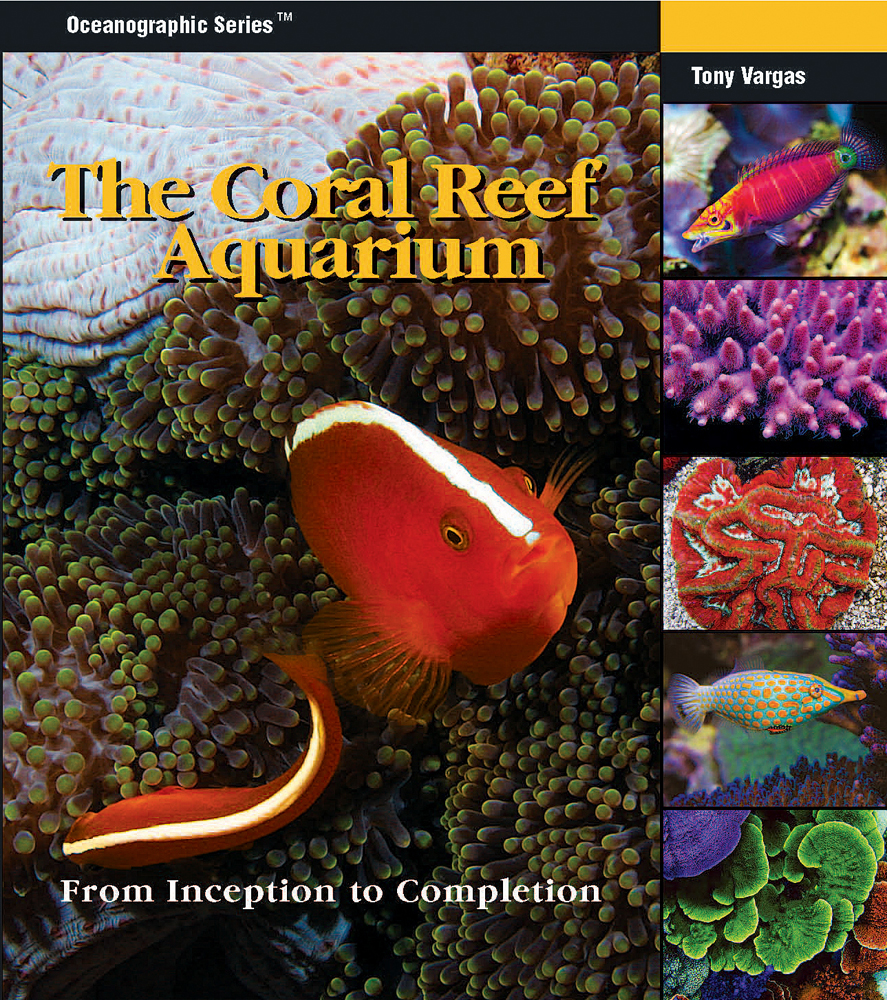 Reefs.com members and observers are the first to see the official book cover of my soon (very soon) to be released book titled “The Coral Reef Aquarium”.

Congratulations go out to those photographers whose images made it to the front cover of the book.  Michael Moye for contributing two images, one photo is of his Mystery Wrasse (Pseudocheilinus ocellatus) swimming in his 530-gallon reef aquarium, the other of an Orange Spotted Filefish (Oxymonacanthus longirostris) from Jason Edward’s 580-gallon reef, both located in Connecticut.  An image of a beautiful pink and fuzzy Acropora millepora from Franco Dodaro 116-gallon reef aquarium located in Italy.  From Steve Hurlock’s 1122-gallon reef comes this unbelievable Symphyllia wilsoni, photographed by Jake Adams, located in Colorado.  Lastly, Simon Clark’s three tiers of colorful Montipora sp. growing well in his 560-gallon reef photo by Simon Garratt, located in England.

The writing and design aspect of this book consumed three years of my life and nearly one year in publishing.  Many had the chance to view a demo copy I created of the book at MACNA 2010, and the response was very exciting.  Jake Adams from ReefBuilders.com wrote a great review on the book calling it “The next great book of reefing”.