By Tony Vargas 10 years ago6 Comments 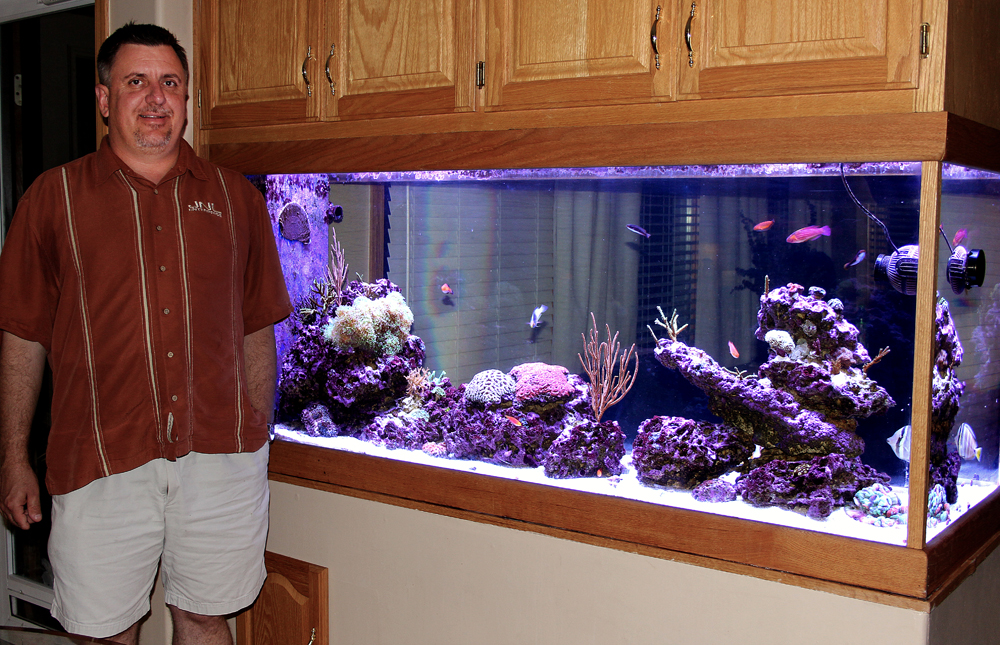 Who would have thought that in my travels I would see two of the elusive Cirrhilabrus earli in two different parts of the country?  Let alone five days apart!  By now, everyone is aware that I traveled to Salt Lake City in Utah to see Syphus Wrasse Heaven up-close and personal.  After that adventure (a great adventure it was) I traveled to Omaha Nebraska to see another tank loaded with wrasses.  I was taken to Jim Gryczanowski house—home to Jim’s Wrasse Heaven—another wrasse Geek! 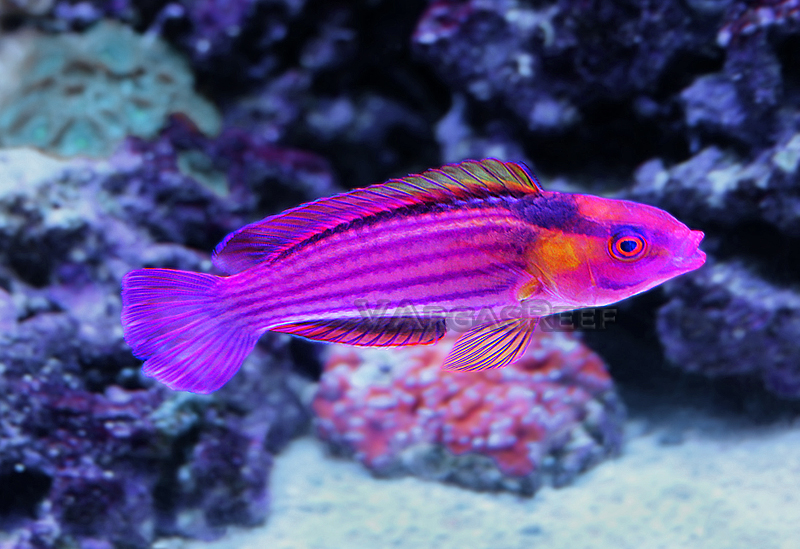 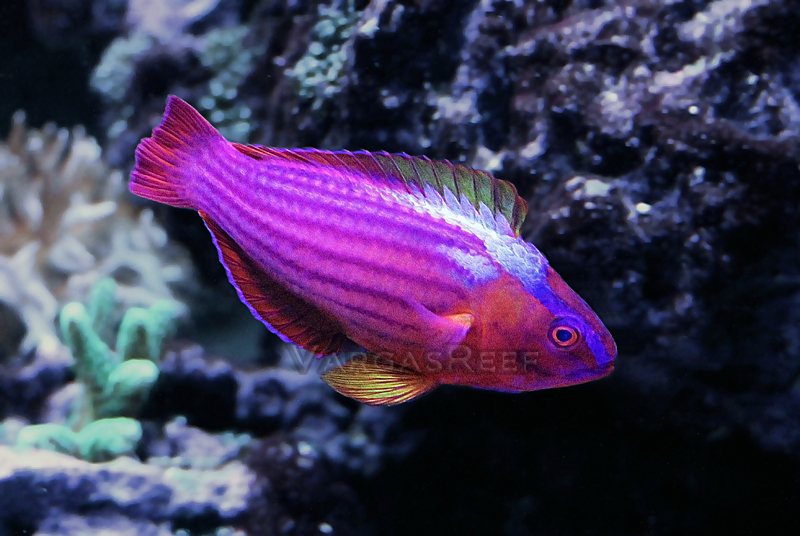 Mr. Earlei flashing for the ladies. Photo by Tony Vargas 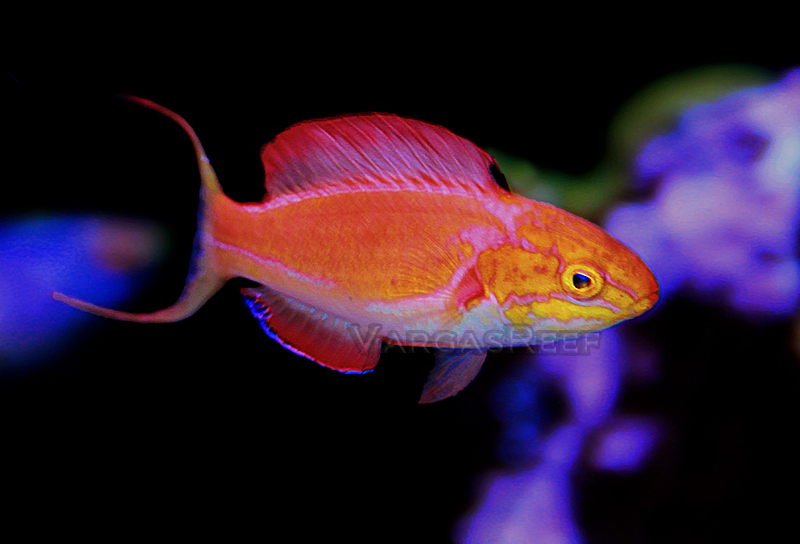 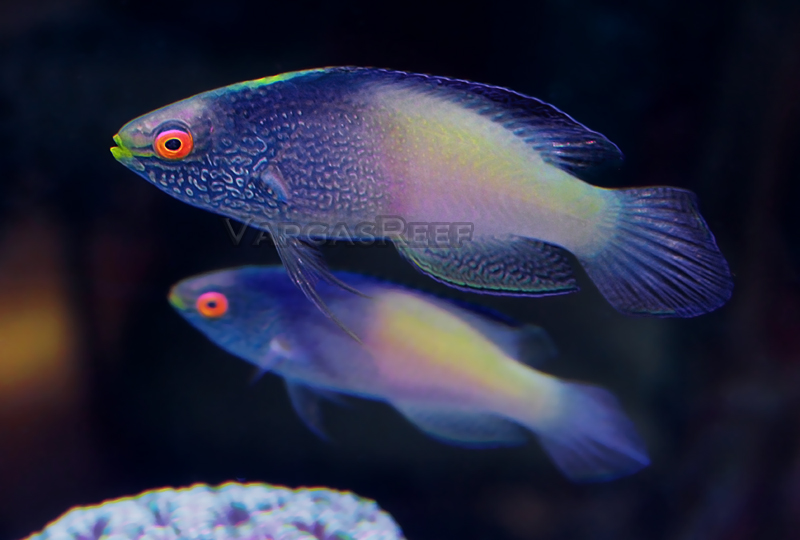 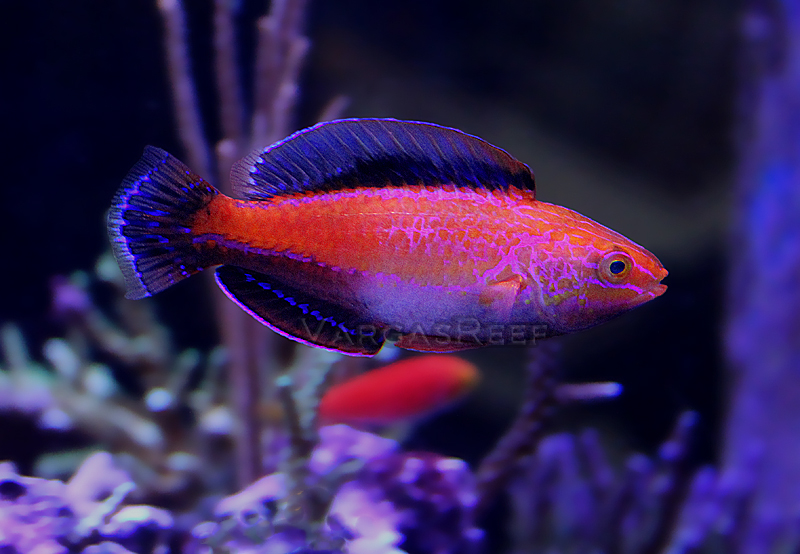 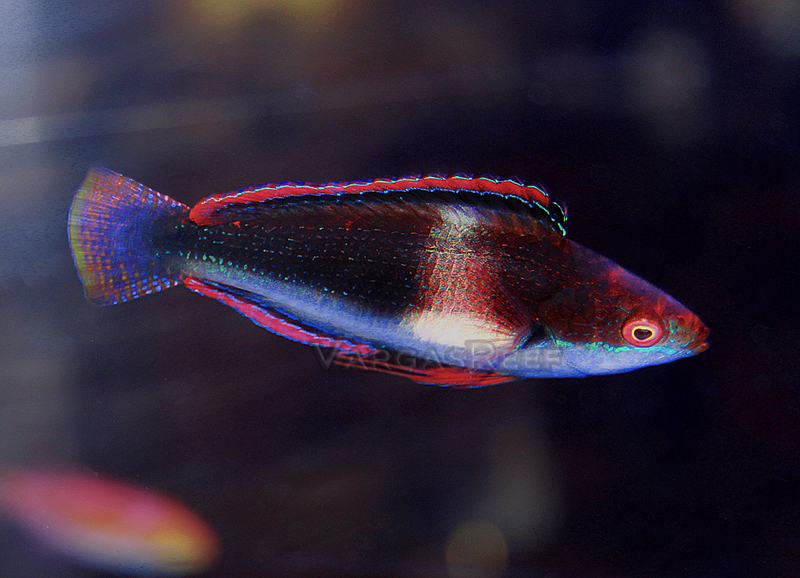 Forget about being an avid wrasse fan, Jim is a hardcore wrasse fanatic and is extremely proud of his collection.  This spectacular collection of wrasses are kept in a very specious 240-gallon reef aquarium, well covered to prevent carpet surfing.  While many wrasse aficionados would have spend most of their time marveling over Mr. Earlei, I did not.  I spent most of my time admiring Jim’s Cirrhilabrus johnsoni. I would have to say by far the nicest Johnsoni I have ever seen—its colors were truly breathtaking.  When this small Johnsoni started to flash—Look Out—you would think it was altogether a different fish.

Jim’s 240-gallon reef display located in his living room is connected to a 720-gallon reef display and a 110-gallon sump in the basement.  Everything about this system is custom.  The tanks were built by Midwest Acrylics and the cabinet work was done to match the kitchen by a local carpenter.  A Reeflo Hammerhead pump provides circulation to both tanks efficiently and a tunze 6105 with a controller supplies additional flow to the 240.  Water conditions are kept immaculate with the aid of a Reef Octopus XP8000 internal protein skimmer.

Waiting for that magical shot!  Minutes before the 240’s photoperiod would come to an end I finally got the picture I was trying so desperately to get, a flashing Mr. Earlei.

What an incredible collection of wrasses, all very colorful and healthy.  Mr. Earlei is by far the largest Cirrhilabrus earlei I’ve ever seen, definitely a colorful Alfa male especially when he starts flashing for the ladies.  Mr. Earlei has a dark black patch to the back of the head that runs along the bottom of his dorsal fin.  When he starts to flash his face develops a dark blue line and connects to that black patch, which becomes an intense white color.

Jim, I would like to thank you for sharing this amazing collection of wrasses with the world, nice job!