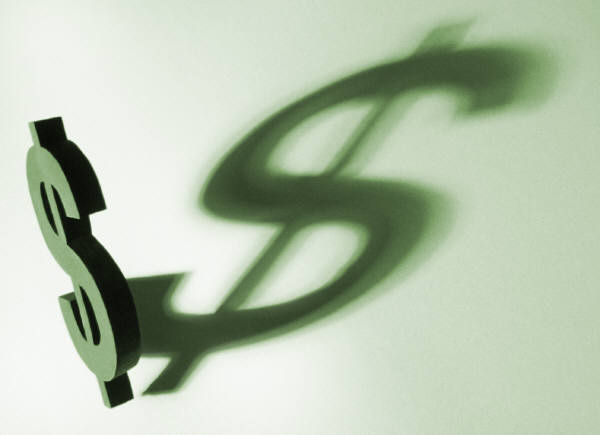 Let’s face it, this is an expensive hobby. I’ve read signature lines written by forum members like “I have the key to making a small fortune, start with a large one and then take up reefing”. Because of the cost involved with even mid-range priced equipment, many hobbyists turn to Do It Yourself in hopes of having a piece of equipment that will perform as well as or better than a high dollar, high quality manufactured item.

I’m all for DIY. I think it’s great that consumers want to take matters into their own hands and build the equipment they need to have a successful reef aquarium. But at the same time, I’m extremely warey of it because it can shred more money than just buying new equipment ever could. I’ve used Rubbermaid totes for fuge’s, built stands and canopies, never have bought a 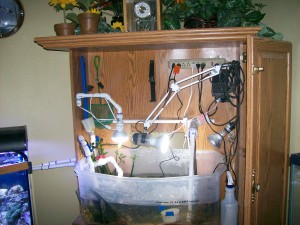 Tote fuge w/ ATS, tucked away out of sight in an old entertainment center

manufactured sump, used 6500K BrightEffects CFL’s from Lowes to give the macro’s in a display refugium the light they need and installed regular home ceiling light fixtures to screw them into. 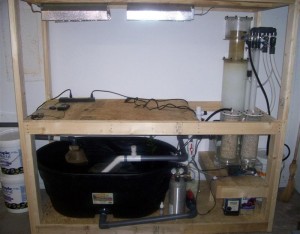 There are those that are against DIY as well. The argument they like to lean on is that there is no warranty on the item you build yourself, it costs nearly as much to build as to buy and it never looks aesthetically appealing. I have to admit that these nay sayers are at least partially correct. True, if you build it and it breaks there will be no customer service hotline to call but on the other hand if you built it you probably can fix it. True, sometimes even DIY can get pretty expensive and this is why I will scrutinize the cost between the manufactured item and DIY project extensively. If the cost of the self built item doesn’t give me a savings of 30% minimum I’ll scrap the idea and buy the item retail. True, the item you build will probably not look manufactured but that is part of the point. Isn’t it? The personal touch we put into it is part of what makes it our own and gives us the sense of accomplishment.

Just as with every other topic invoved in this hobby, RESEARCH is key to a successful DIY project. Let’s say you want to build a skimmer. You can’t just wake up one morning and begin purchasing acrylic, cutting/glueing and hope that it all works like it should. If you don’t do your research before hand it’s going to fail. That is true for most of the products we attempt to DIY. You have got to have the

It’s also my opinion that unless you are planning a huge aquarium or building a ply/glass tank, you should just buy manufactured. When you begin comparing costs of materials, especially acrylic, it is far less expensive to buy built. However if you’re one of the DIYers that simply takes pride in knowing you built it, I would recommend you spend hours reading everything you can find about how aquariums are built. Make a solid plan and don’t deviate from it at all. I’ve read more than one instance where a hobbyist built a glass tank and everything went well for months only to come home or be awakened to find a seam had burst, a panel had blown and your investment was now pooling on the carpet.

Stands and canopies are probably the easiest and most practical, money saving DIY projects going. Lumber is fairly cheap and if you have a bit of skill it’s possible to have a very nice addition to your home furnishings. Compared to manufactured stands, hoods and canopies retail cost,  the cost of DIY has the potential to save you hundreds. 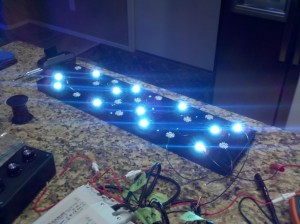 LED is the big deal in aquarium lighting right now. It’s in my opinion also the best median for DIY because the technology as far as useing LED for reef lights still isn’t completely understood. When I look at the cost of manufactured light fixtures and see how quickly the next “better” fixture hits, leaving the predecessors in the dust, that alone screams do it yourself. Large fixtures can be built yourself, with all the bells and whistles such as dimmers and timers, for almost half of the cost of a retail fixture in the same size.

Modification is not DIY and 9 times out of 10 it will be a money grinder. The equipment we buy has been designed by a team of individuals to perform optimally in certain conditions. Another team of developers builds and tests prototypes for months before the final product is released to the market to be purchased by us hobbyists. When it’s cut on, parts removed, parts added, all of the planning and developing is thrown out the window and the piece usually performs less effectively than when it was purchased. The average hobbyist isn’t going to own the equipment to test how well the modified piece is performing and “it looks to be doing an awesome job” isn’t proof enough for me. It shouldn’t be for anyone.

So I say “more power to DIY nation”! If you have the skill, the tools and are willing to plan and learn before you begin your project, more power to you. If have no patience and want that skimmer or light yesterday, your tool kit consists of a screw driver, hammer and dull steak knife you should probably save your time and money and buy built.