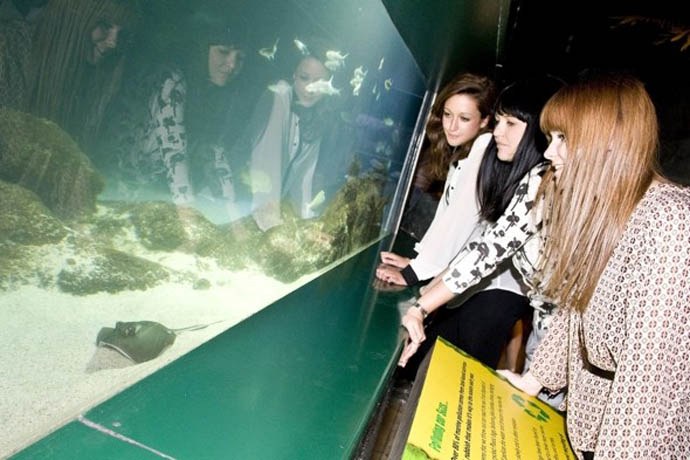 Turns out, “‘Rays have been known to store sperm and not give birth until they decide the timing is right,” says head curator Paul Hale.  “But it’s not something I’ve seen before in my eight years at the aquarium.”  The staff noticed both females looking plump but did not assume the stingrays were with young because they are in a female-only display.

All seven babies are doing great and are now on exhibit.