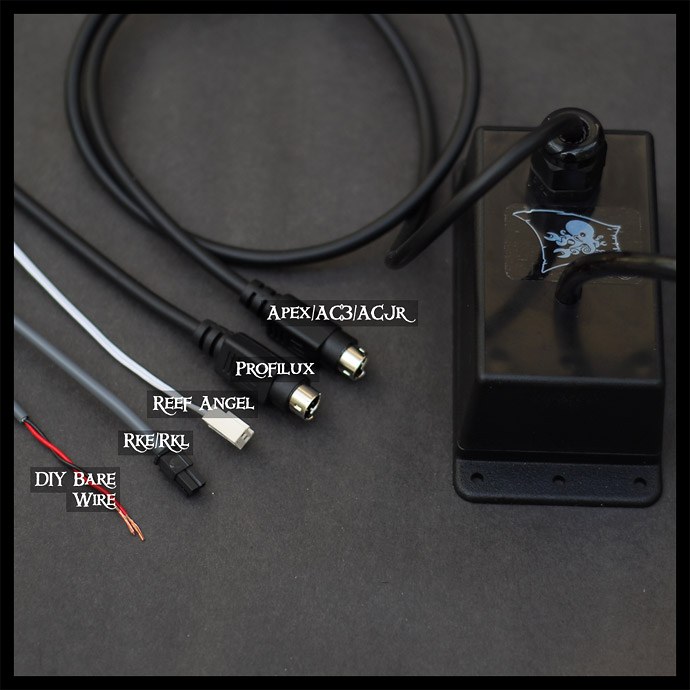 A range of connector options allows AVAST Marine Work’s ATO Kit to communicate with all the popular aquarium controllers.

When it comes to auto-top-off devices, reliability is king. AVAST Marine Works’ ATO Kit is one intelligently designed top-off device.  Unlike most ATO sensors mounted with suction cups or brackets, its direct magnet-mount allows for secure placement – an extremely important performance criteria for water level sensors.  Using a pressure-sensitive switch, AVAST’s ATO Kit “is capable of maintaining the sump water level within +/- 1/4″ tolerance (1/2″ overall) and features a built-in range buffer or hysteresis effect, which prevents rapid on-off switching that sometimes occurs when cheap float switches bob up and down in small waves.”

♦ All versions now have the ability to add a backup shutoff float valve in case something goes wrong with the controller or outlet switch/connection.

As before, the magnet mount includes a handy ATO-tube holder fitting (which swaps out for the float).

The backup shutoff float valve is a $15 option … a small price to pay for peace of mind.  Take it from a victim of an ATO “gone wild””: Safeties and redundancies are highly recommended.

(Above): The ATO Kit with optional backup safety float valve.