Imagine never having to clean your glass 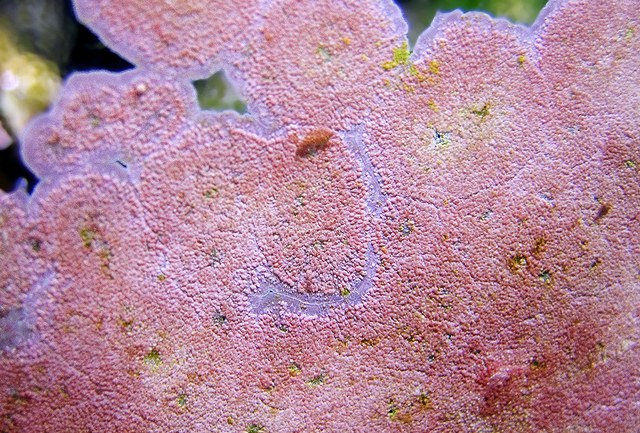 This common sight may soon be a thing of the past: Encrusting coralline algae on the glass of Mike Giangrasso’s reef tank


Researchers Xu Deng, Lena Mammen, Hans-Jürgen Butt, and Doris Vollmer might have found an answer. In their paper “Candle Soot as a Template for a Transparent Robust Superamphiphobic Coating” published this week in Science Express, they outline how this might be accomplished.

It definitely sounds odd. How can candle soot create a surface that never has to be cleaned and how would you even see through it since candle soot is black? It all has to do with the micro-structure that the soot yields when deposited onto the surface and the subsequent treatment of the soot with different chemicals and heat to make it transparent and highly self-cleaning.

What the researchers did was in essence make a coating that is “superamphiphobic” out of the heat and chemical treated soot. Superamphiphobic means that it is highly resistant to wetting by both water and organic solvents and in the real world this type of coating is very rare.

Surface that even low surface tension hydrocarbon will bead on

What they did was first coat the surface with candle soot by holding it under a candle flame. The candle soot yielded a micro-structure much like a sponge with a lot of voids. The soot was then coated (via vapor deposition) with an ammonia – silane mixture to form a silica shell around the soot particles. The surface was then heat-treated to 600°C to burn off the soot (called “calcination”) leaving the silica shell behind. A second surface treatment was made with a fluorocarbon-based silane (via vapor deposition) which made the surface even more water and oil resistant (think extreme Scotchgard)

In essence what they created was a silica latice structure that’s covered with a highly resistant fluorocarbon that water and oil cannot penetrate. The resulting surface is so resistant that both water and oils will literally bounce off the surface and roll away. Unlike other treatments, this surface is resistant to abrasion and remains superamphiphobic even after a falling sand test is performed on it.

A number of videos were created demonstrating the superamphiphobicity of the surface:

Keep your fingers crossed and maybe your next tank will use this technology so that you never have to clean your glass again.