How to Thwart Unwanted Sexual Advances (According to Guppies) 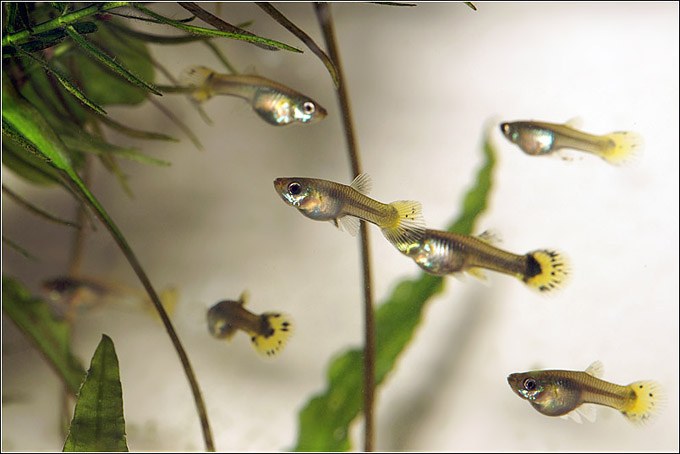 Female guppies use their girlfriends to deflect sexual harassment! Photo by ‘maxxum’


I’m not in the mood, sweetie … go hit on my girlfriend
Advertisement

Scientists usually study how animals improve their chances of mating.  After all, animals’ ultimate goal is to procreate and pass on their genes.  But a new research published in the Proceedings of the Royal Society discovered female guppies live in a more complex social structure where often times they will associate with more attractive females to deflect sexual attention of male guppies.

Through a series of controlled experiments, researchers found female trinidadian guppies (Poecilia reticulata) that weren’t looking for sexual partners (non-receptive females) actively preferred to associate themselves with receptive (“sexually attractive”) females vs other non-receptive females.  They did so in order to decrease unwanted sexual harassment. This is a rare study on how animals attempt to make themselves less sexually attractive.

So ladies, learn from guppies.  If you don’t want to be hit on by pesky men at bars and clubs this weekend, simply invite your hot girlfriends along.  The guys will thank you … a win-win situation if there ever was one!

Are you ready to drool?