By Todd Gardner 10 years ago 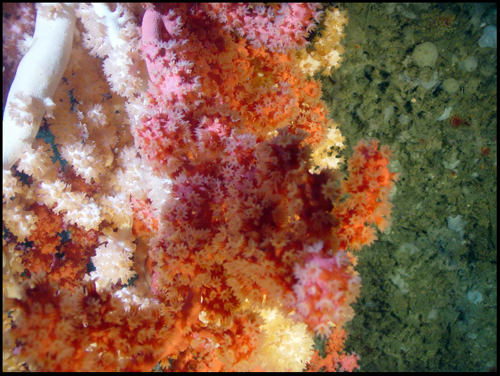 Yes, you heard right. The waters of New York are good for more than discarded bodies, oil spills, and container ships, but if you think our marine biodiversity ends at bluefish (Pomatomus saltatrix), striped bass (Morone saxatilis), and the occasional stray tropical fish, keep reading and check back often. I’ll be posting periodically on the marine life that can be encountered in the waterways and adjacent ocean habitats in the vicinity of lower New York State.

As an avid diver, I’ve seen my share of corals in the wild, even right here in New York.  Of course, being more of a fish person, I don’t always take the time to identify the corals that are blocking my view. One thing I can’t help but notice, though, is that when I’m in the tropics, I see a great many species of corals, and when I’m in the waters around Long Island, I see one, Astrangea poculata, a temperate encrusting stony coral (pictured below). 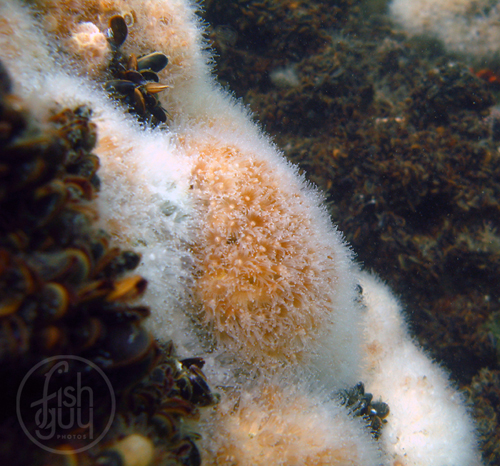 I guess this is why I never associated temperate zones with coral diversity – at least not until last week, when David Packer, from NOAA’s Northeast Fisheries Science Center dropped by the Long Island Aquarium to give a presentation on the ongoing research being conducted by his team on deep-sea corals in our area. 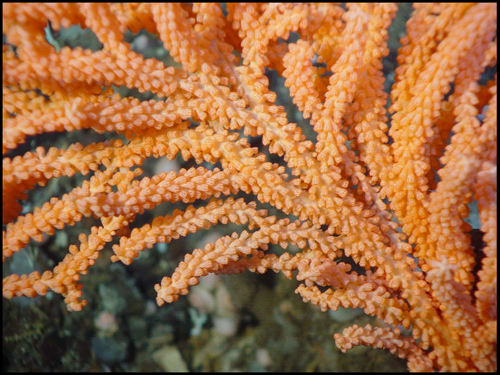 I was surprised to find out that just off-shore, on the continental shelf and nearby seamounts there are more than 70 species of corals with representatives from at least 17 families. As you might expect, they are all azooxanthellate as they are found in waters deeper than 50 meters where the attenuation of light makes photosynthesis a poor mode of energy acquisition.  As you also might expect, very little is known about their biology and ecology.  Since they occur in water that is well out of SCUBA diving range and most of them have not been kept in aquaria, there have not been many opportunities to observe these corals in a living state, but David and his colleagues at NOAA are hoping to change that in the coming year.  In fact, part of the reason for their visit and presentation was to discuss a potential collaborative effort with aquarists from the Long Island Aquarium.  During their off-shore collecting expeditions this winter and spring, NOAA biologists plan to bring a number of specimens back alive and place them into specially outfitted, cold-water systems at the Long Island Aquarium where we will begin investigating their captive needs, hopefully paving the way for future in-vitro studies and helping us to better understand these largely inaccessible deep-sea ecosystems.

Check out this free, downloadable paper documenting many of the deep-sea corals of the Northwest Atlantic: http://www.nafo.int/publications/studies/no42/S42-final.pdf

Who wouldn’t want this? A Roomba for your aquarium glass! [video]