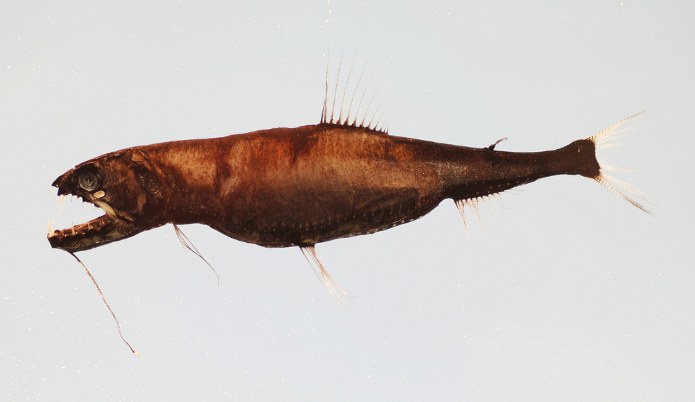 Christopher Kenaley of Harvard University wanted to understand what benefit (if any) do the needle-shaped teeth endow to this fish family.

What he did was to model the fish’s jaws and teeth using a computer program. He then threw different fish-catching scenarios at the model to see if there was some sort of evolutionary benefit to the jaw and teeth design combination.

A scenario where the fish was laying on its side in the dragonfish’s mouth caused the jaw closure to take upwards of one second — much too long. In this scenario the fish would easily get away.