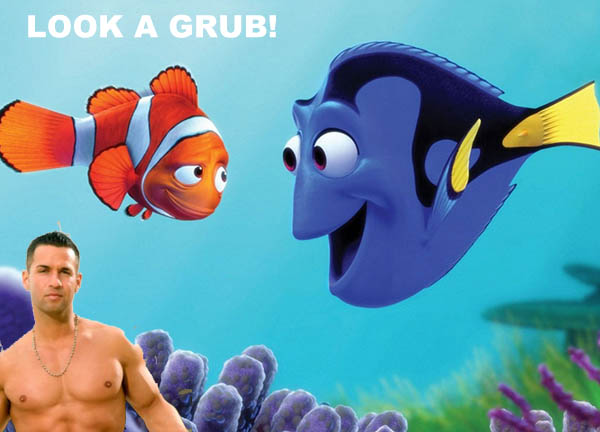 In “News We Already Knew Because We’re Close to New Jersey”, scientists have demonstrated that certain male fish have markings that appear to females to resemble food, and as a result the females are drawn to them and possibly away from real food.  Not only is this “totally unique” principle on display at any nightclub in the Garden State, but just about any guy knows this to be true.  Remember when you were in a bar one night and all the ladies were flocking to the dropout who had spikey hair and a nose ring?  Same thing really, except the female fish in this scenario are all “Girl, that fish is so fine, his tail looks like a tasty insect and all that, like for real!”  Seriously though, thank you to the scientists for confirming this for us.