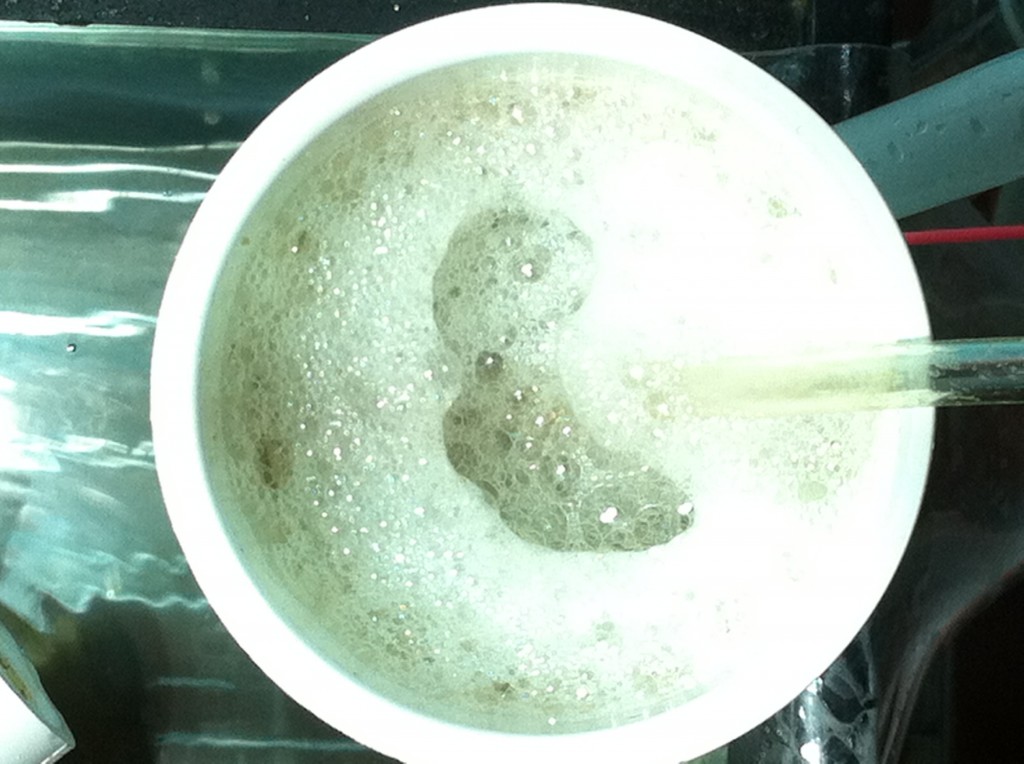 Getting back into the hobby, I noticed a huge population of skimmers made for smaller nano tanks that didn’t seem to exist in the early 2000’s. Mini pumps, mini bodies, engineered to skim your nano tank. I can only speculate that this naturally followed the tremendous surge in popularity of teeny tanks.  I just wanted to write this post to remind people of how effective air-driven skimming can be.

Given the small volume of nano systems, heat is a real concern, so why add another heat source, the pump on one of these tiny skimmers, when there is a totally heat free means to achieve extremely fine bubbles using an air pump most hobbyists probably already have lying around?

I built mine using PVC, so it’s pretty ugly, but it’s a simple 1 1/4″ body, reduced to a 3/4″ riser. A collection cup is made using a 2″ coupling and a 2″ x 3/4″ reducing bushing. Very simple. To prevent the water level from rising too high, a tee is built into the riser, with a series of ell fittings that ends in a second tee to set the water height.

Hitchhiking on a Star