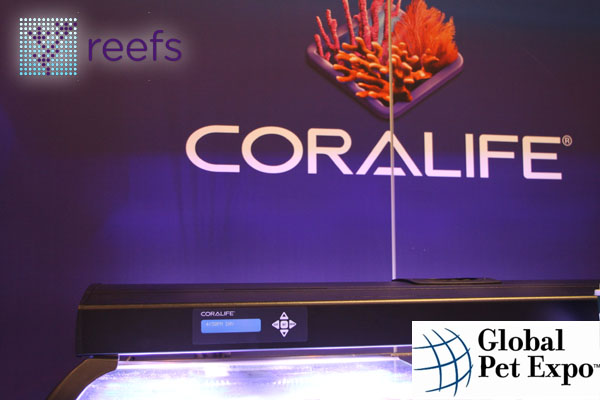 Coralife is really proud of their new LED system, and with good reason.  This full spectrum fixture has some cool features that make 2011’s LEDs look like they’re about 10 years old.  First off, the 48 inch system has a built in battery backup to save the configuration you’ve built.  Also, their approach to building a full spectrum light is a bit different than some other manufacturers.  Where other lights use green and red LED components, Coralife decided to go with an amber phosphor which gives you the effect of both colors combined, but at a lower wattage than two separate lights.  These amber bulbs only draw 2.2w instead of the more expensive option of two 3w bulbs for relatively the same color.  They also went with an automatic fan controller to keep noise to a minimum while ensuring that the components stay at optimum temperatures.  The Aqualight LED is available next month with a variety of different mounting options.