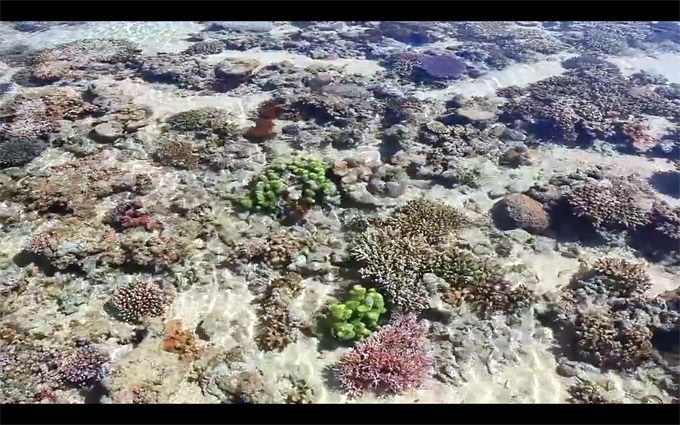 A most colorful coral tidepool


The tidal movement at Montgomery Reef is among the most dramatic in the world.  When the tide goes out, many animals are shielded from the brutal sun by mere inches of water.  Dormant islands seemingly rise from the seafloor.  When the tide comes back in, gushing seawater creates whitewater torrents, testing the foothold of all life in its path.  Montgomery Reef is like no other coral reef we’ve visited in our Destination Reefs series.

It’s amazing to see corals (including a cameo by an elegance coral — makes you rethink the light and flow requirements of this species!), fish, octopus, clams, sea turtles, and other reef animals endure this highly dynamic environment.  Corals have evolved amazing mechanisms to protect themselves from these harsh conditions.  Read how corals’ skeletons serve as both internal reflectors and UV protection.

Montgomery Reef is located on the Kimberly Coast of Western Australia.