The Demise of the Pacific Elkhorn 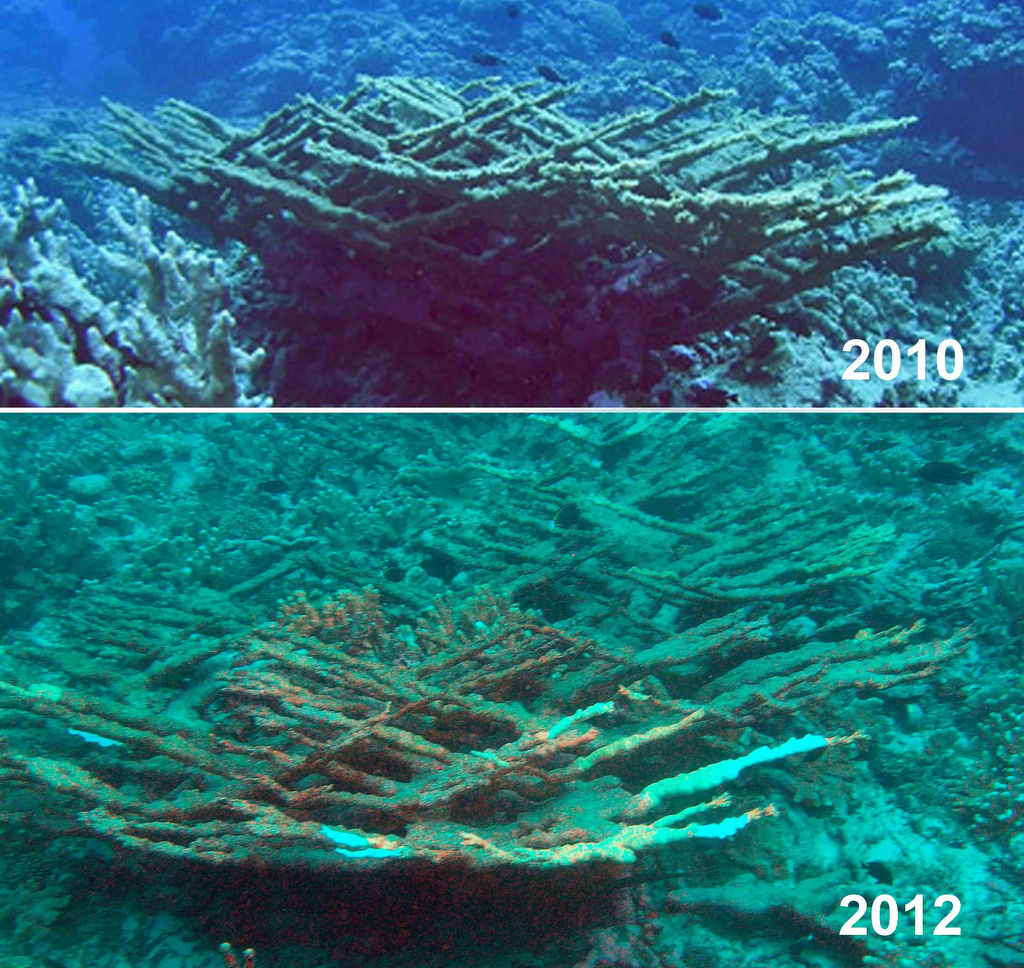 In 2004, Dean Jacobson from the College of the Marshall Islands first laid eyes on a unique Pacific Acropora species that resembled the Atlantic elkhorn coral, Acropora palmata, so closely that those of us passionate about elkhorn coral (and there are a lot of us), blinked and rubbed our eyes. It was downright scary how closely these behemoths resembled A. palmata.

These colonies are found at Arno Atoll in the Marshall Islands, and were revealed to the world in 2010.  Now, in 2012, according to Jacobson himself, posting to the Coral List, a Crown of Thorns starfish, Acanthaster planci, outbreak is decimating this unique population; apparently the starfish find this species “irresistible”.  Jacobson is planning a control dive and hopes to perhaps save living tips for cultivation in order to maintain the existence of these special corals.