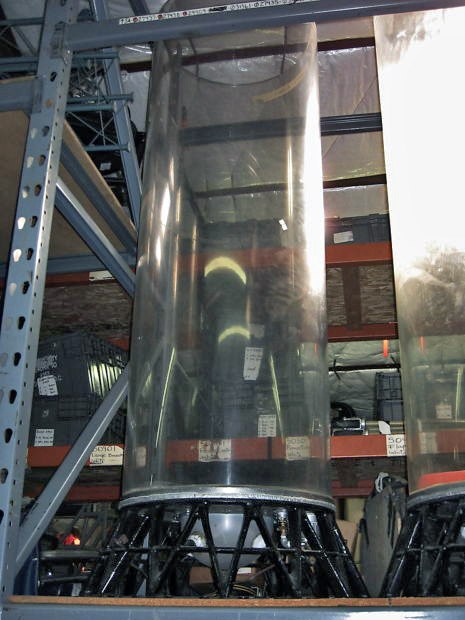 
eBay seller 2ndunitfilms has listed the cylindrical “specimen tank” for $6,499 including aluminum base.*  The tank measures 88 inches tall from the floor (including the base) to the top lip.  The acrylic cylinders are approximately 3/4 inches thick and 24 inches in diameter.  We estimate the total volume is around 120 gallons.

*According to the seller:

The aluminum Rocket bases […] can be seen in the film ‘Star Trek’ the latest one on the scene where Kirk and McKoy and Spock are on the loading docks about to depart for the first time.

Advanced Aquarist can not verify the authenticity of these items.   If they are legitimate, here’s your chance to purchase movie props from not one but two major feature films.

Here is the scene in Independence Day (starring Will Smith) where the tanks appear;  This scene is known as the “Freak Show”: