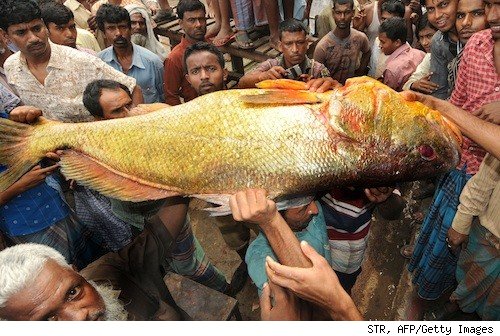 "Golden" snapper in a market in Bangladesh

Well, I guess it went for a higher price than a lot of the rarities we’ve seen in the aquarium trade, but pound-for-pound, I think the candy bass is still more expensive. LINK

Cancer Fighting Drugs From the Reef