By Rich Ross 9 years ago2 Comments 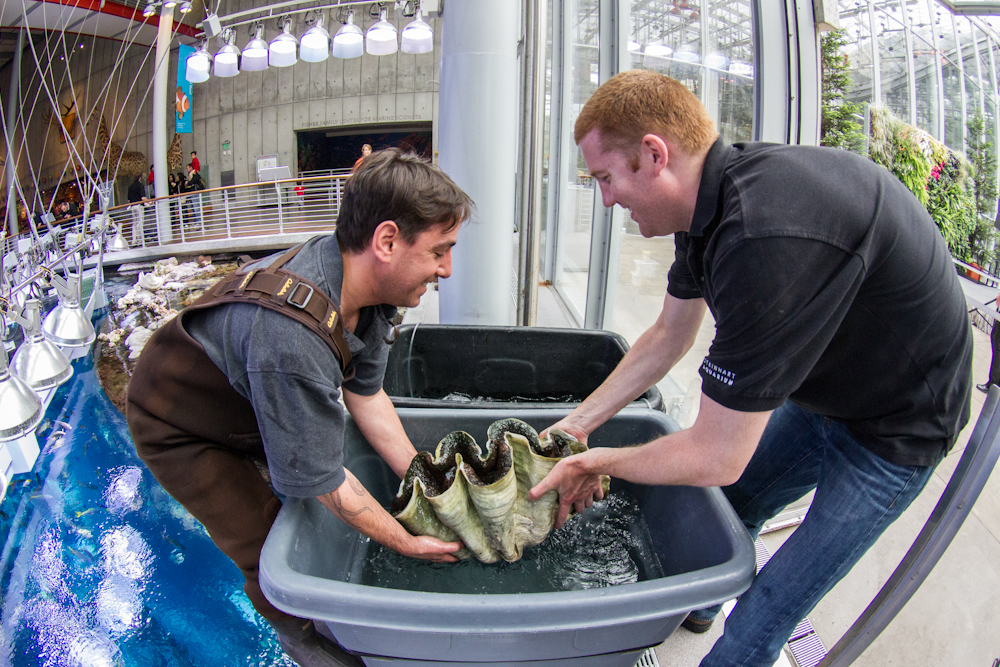 Recently, the Steinhart Aquarium in the California Academy of Sciences received a big Tridacna gigas as a donation from Central Garden and Pet and Captive Reef Systems. After the standard 30 days of QT, the monster was ready to go into the shallows of the 212,000 gallon reef exhibit. Since we have a lot of clams already on display we are always worried about the protozoan Perkinsis, the probable cause of ‘pinched mantle’ disease, booming from any new introduction – so every new clam gets a mandatory 30 minute, pH adjusted freshwater dip before going on display. It is a very heavy clam, which is now in place, mantle extended for the public to enjoy. 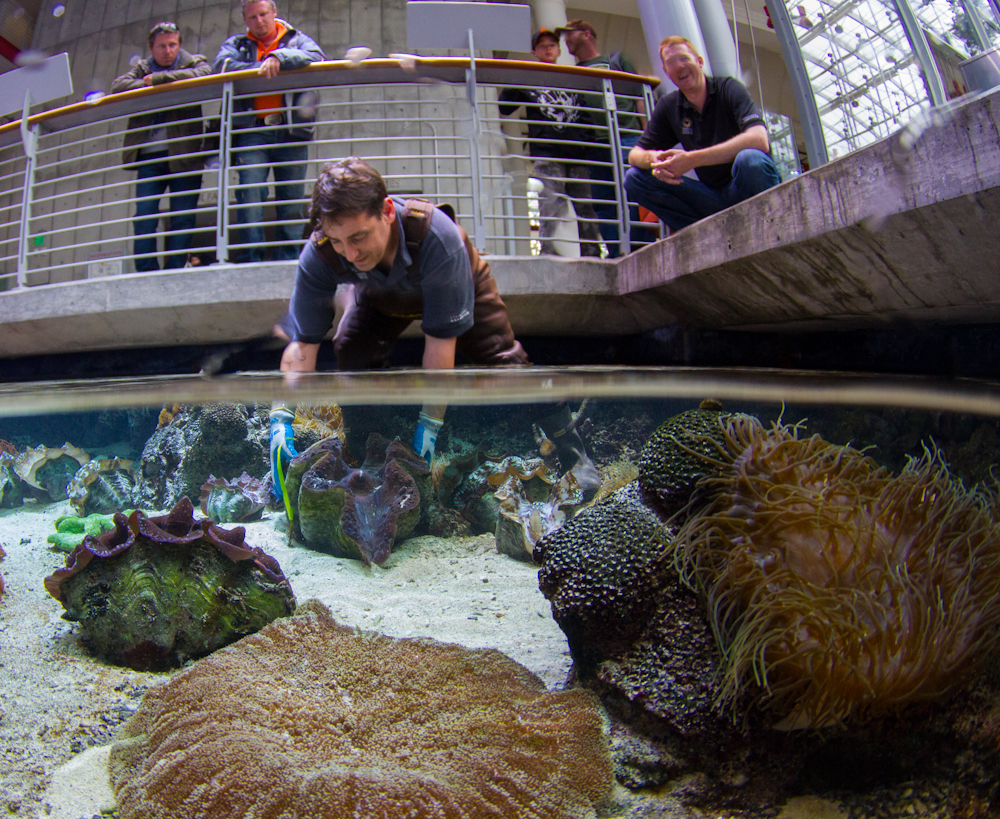 The clam is put in its place. Photo by Will Love