By Rich Ross 9 years ago3 Comments 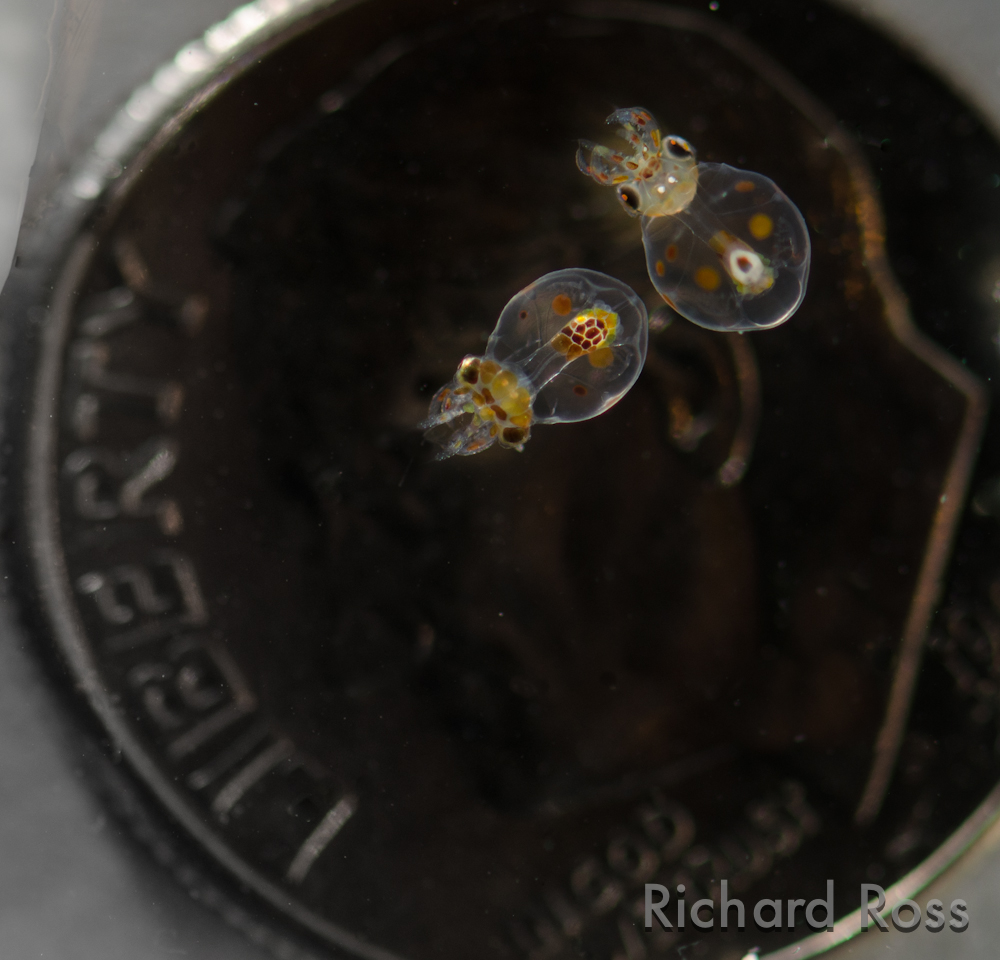 Just hatched Wunderpus photogenicus paralarvae. So super cool, laid in captivity at Roy Caldwell’s lab at UCB, and yes, I am trying really hard to keep them alive and through settlement (though the odds of success are traditionally roughly if not equal to zero). For more info on Wunderpus check out www.TONMO.com. And just for fun, here is a pic of an adult so you can see why got it scientific name.