Gearing up for the MBI workshop – Breed somthing! 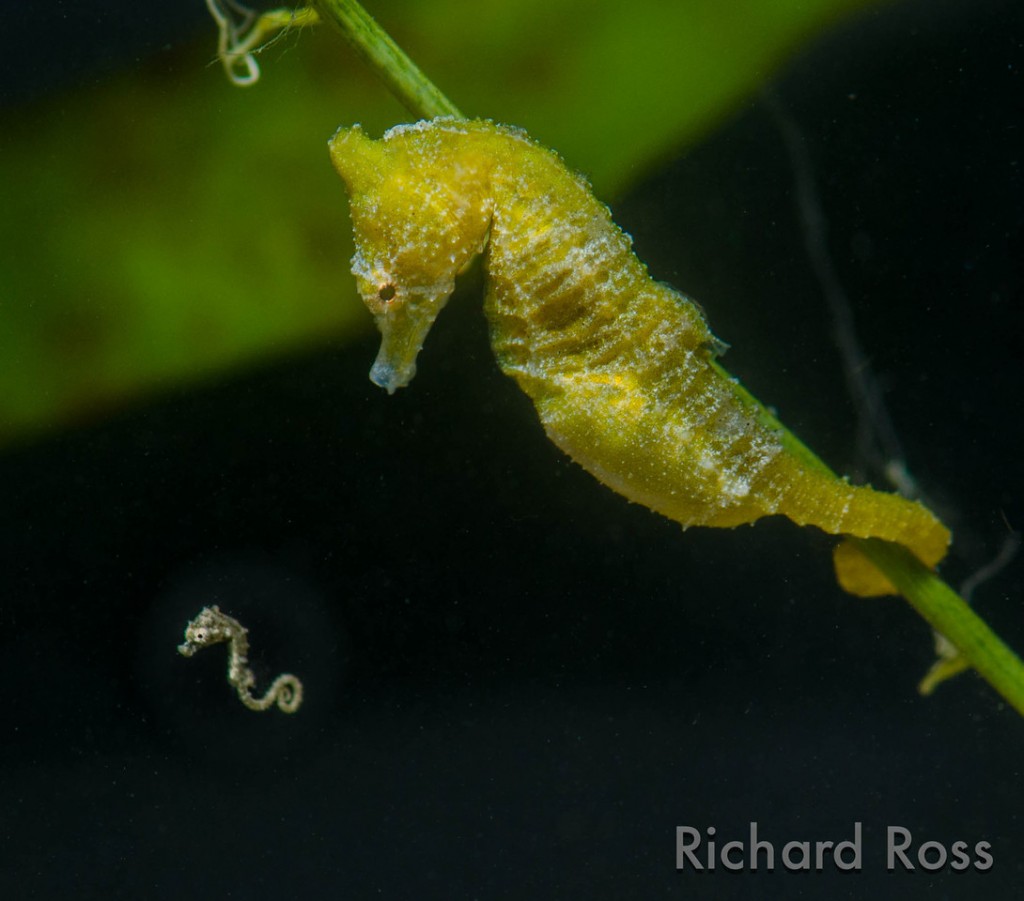 In anticipation of the MBI workshop coming up on July 28th in Bloomfield Hills, MI, I have been breeding everything I can get my hands on – including the dwarf seahorse Hippocampus zosterae pictured above. These little seahorses max out at about an inch, and both parents and fry can be raised and maintained with easy to hatch, enriched Artemia. If you have a fuge or a spare 5 gallon tank, why aren’t you breeding these guys? Or some clownfish? Or some Banggai cardinals? Seriously, find someone who is breeding any of these easy fish (buy captive bred animals as it is possible wild populations of some of these fish may be in trouble), get some yourself and do it. Little to no impact on wild populations, super fun, super educational, very easy, and there is nothing like the cuteness of little animals you can raise yourself…why isn’t everyone doing it? No reason I can think of, so get to it.