Coral recovery from bleaching is highly dependent on food availability 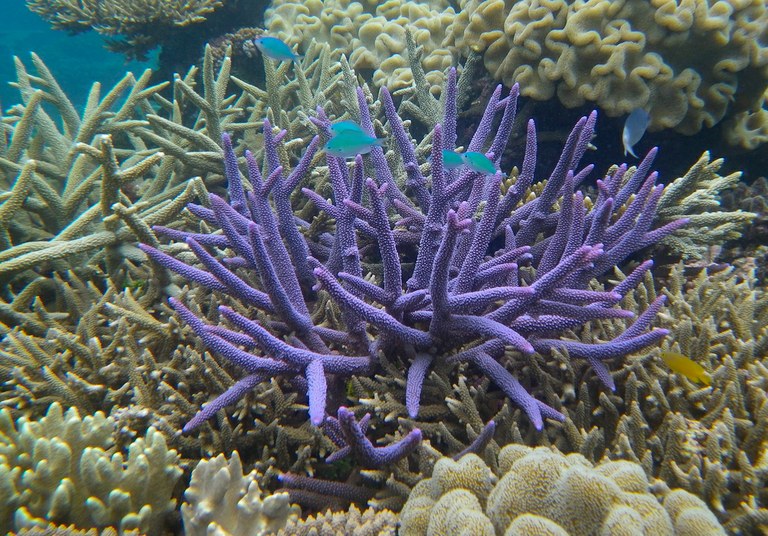 
In their study “Food availability promotes rapid recovery from thermal stress in a scleractinian coral,” Connolly and others from the James Cook University and Australian Institute of Marine Science wanted to know how important feeding was to a coral when it comes to bleaching events. Would a bleached coral that’s actively fed bounce back better than a coral that has not fed?

Connolly’s group studied Acropora intermedia as their model coral organism.  They acclimated A. intermedia to tank conditions for six weeks before they induced bleaching. One coral group was fed rotifers and the other group was not.  After the six-week acclimation period, each group was subjected to a water temperature rise of 4°C for seven days to induce bleaching.  The tanks were then brought back down to their previous temperature for two weeks and the health of the corals were monitored. They measured chlorophyll a and protein levels to see how quickly and to what extent the corals recovered.

The results indicated that corals that actively fed were significantly better at rebounding from the bleaching episode. Fed corals’ chlorophyll a levels completely recovered to pre-bleaching levels whereas unfed corals’ levels only rebounded to two-thirds this level. Protein levels as well rebounded completely in fed corals. Unfed corals had much lower protein levels throughout the study.

Assuming that these results are similar for other corals, it goes to show that feeding is an important facet in maintaining coral health and vigor.