Walking inside the Stand 4, we visited the small stand Prodibio that  seemed extremely interesting. I presume that you all know the Prodibio as one of the most important companies in the production of bacteria for aquarium, and that therefore many of you have used the mythical glass vials. 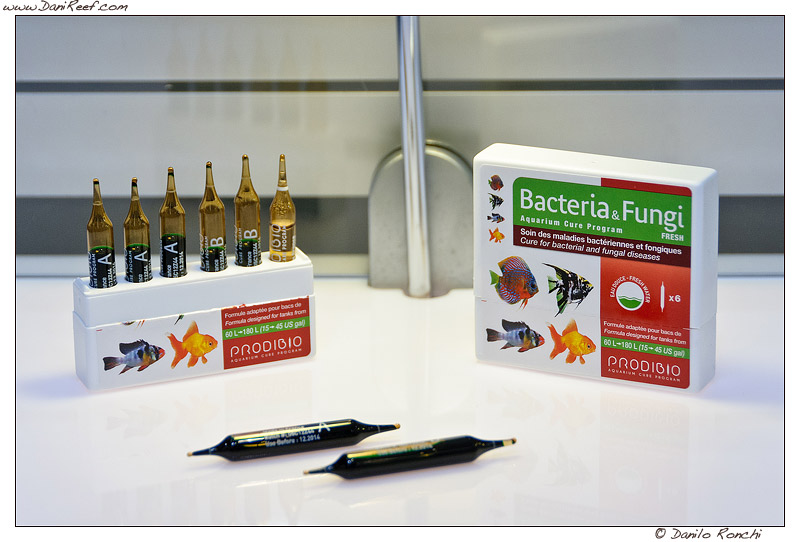 Unfortunately, given the new Italian legislation nobody can sell these products in Italy. It is legal to import them privately, but resale is not legal, so for now it will have to be ordered from other countries or wait for Prodibio make all the necessary steps to sell in Italy. 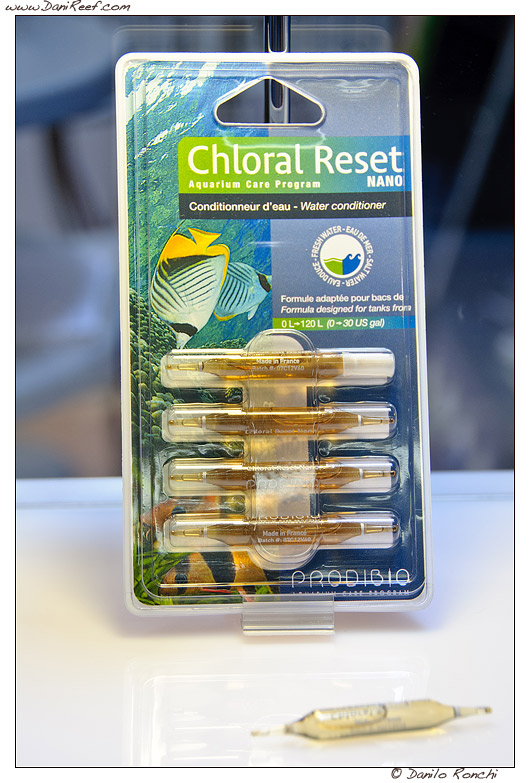 Prodibio has created a simple board,from a few elements, namely the observation of the diseased fish: based onthe presence or absence of white dots and their type, you can choose the “medicinal” most suitable that can be dosed in the aquarium. In this way you should be able to eradicate Oodinium, Cryptocarion irritans, the two white spot disease, worms, parasites, bacteria and fungi- a complete solution that promises to also be effective, given the care with which it was packed these new line and the name Prodibio to act as a guarantee. 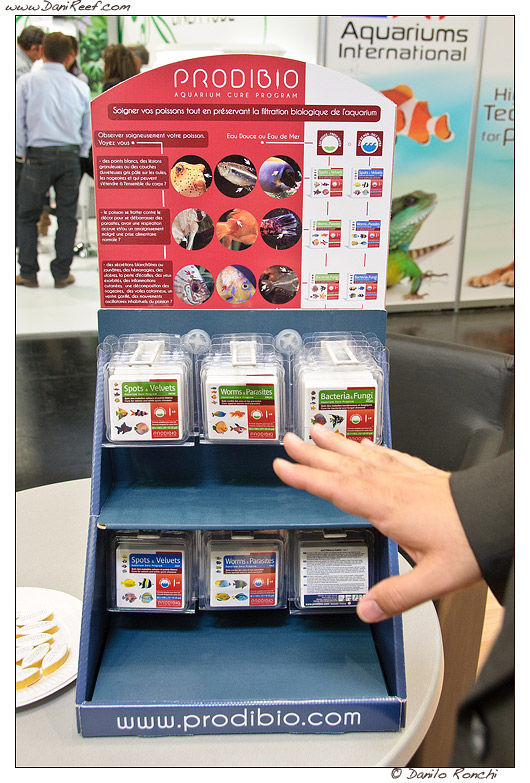 You can see images of vials and various boxes. 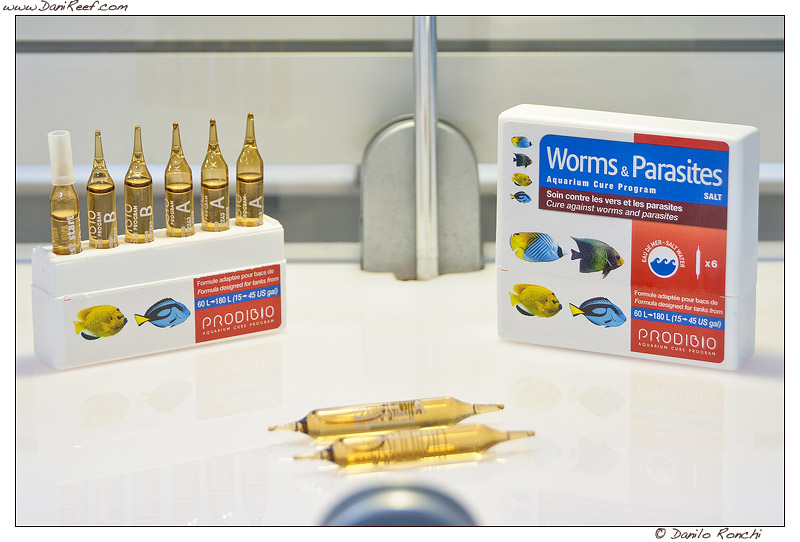 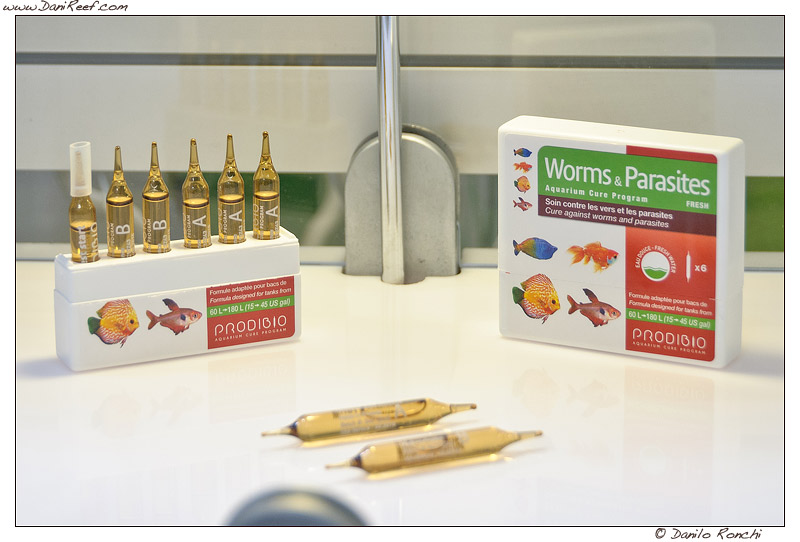 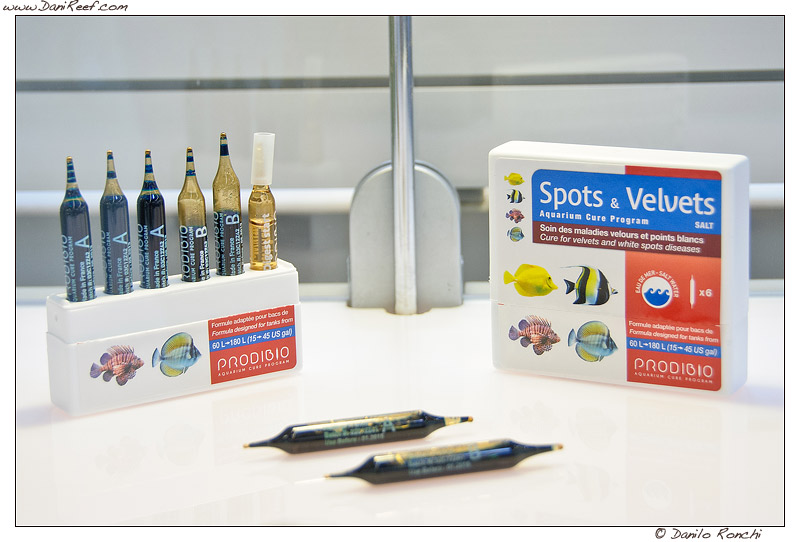 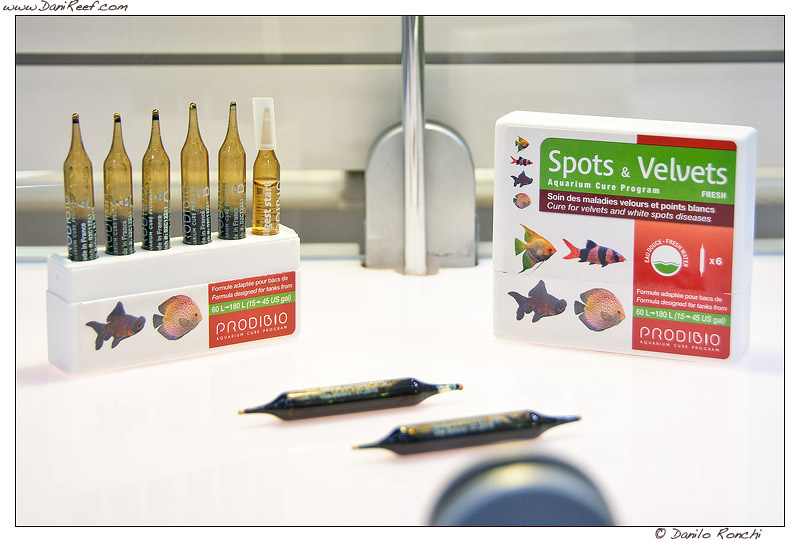 Expect to see them on the shelves… because they seem to be extremely interesting.