Reef Fishes of the East Indies is a must have 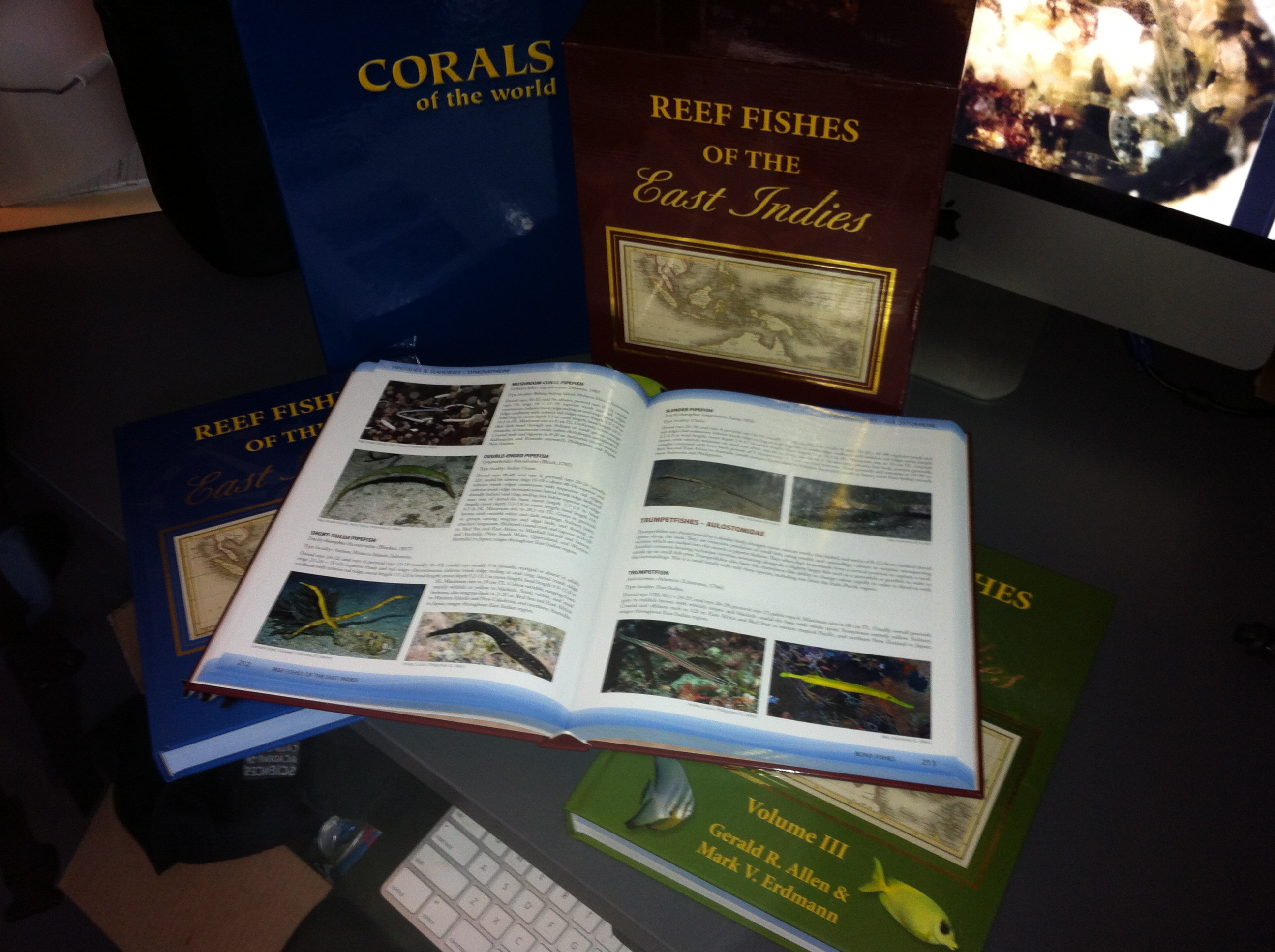 It took me a long time to purchase the three volume set of taxonomic goodness ‘Corals of the World’ by Veron because the price tag scared me but since I bit the bullet three years ago, I have been referencing those books regularly. Now, that three volume set has a fishy sister set ‘ Reef Fishes of the East Indies’ by Allen and Erdmann, and instead of waiting I purchased it as soon as it became available.  I couldn’t be happier with the purchase, and if you are anything like me (and I know you are because you are reading a reefkeeping blog site) and you don’t have these books in your hands already, you should click the link below and order them.

The set contains concise descriptions of each of the 2,631 currently known reef fish species from the region (25 new to science), and features over 3,600 color photographs – of which approximately 40% have never before been seen in print. Careful attention to detail has been paid to illustrate the morphological variances between species and within species to differentiate between the sexes and life stages, as well as those species that have multiple regionally specific color patterns. The books are beautiful and chock full of information and eye candy.

Sure the set costs 250 bucks, but you probably have at least that sitting around in the form of a box of no longer used equipment. Get on your favorite forum, sell that stuff and click here to order a set of books that you will reference for years to come.