It’s Never Too Early to Start 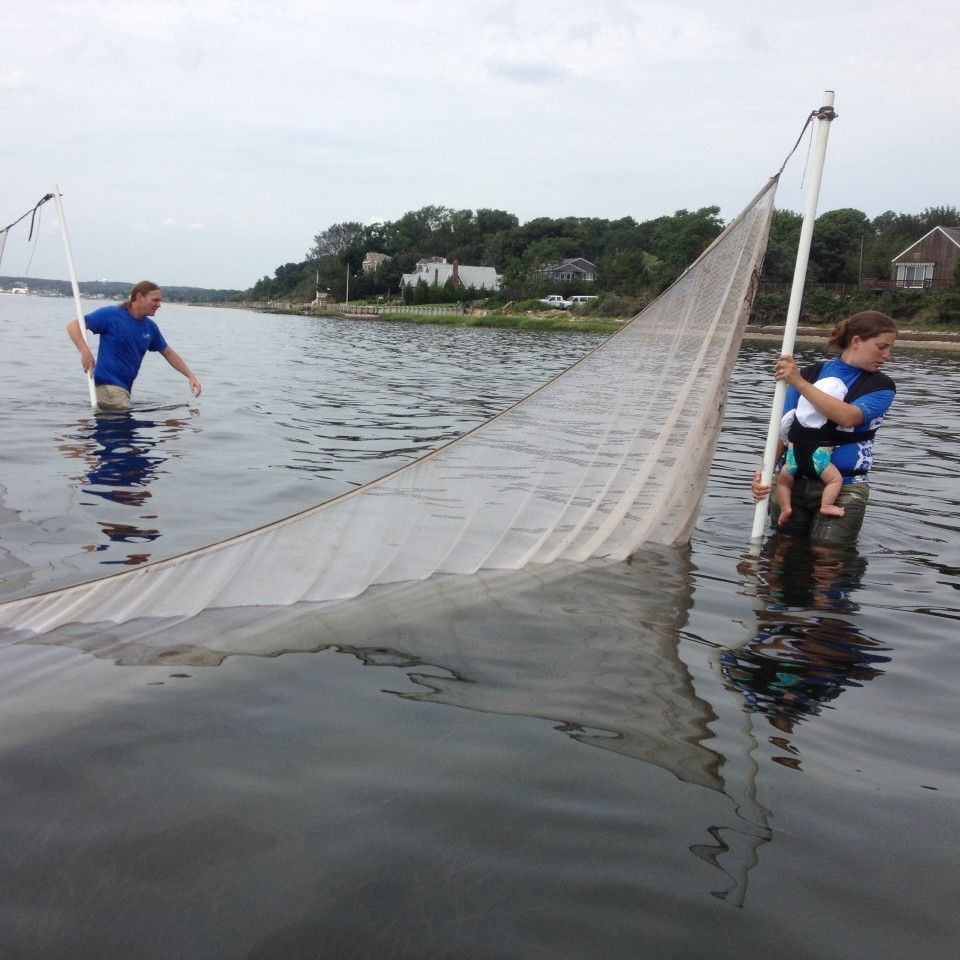 As new parents, Ashleigh and I are faced with novel challenges on a daily basis. Among them are the universal dilemma of how to balance parenting with all of the other things we love to do; and then there’s making sure that the values that are dear to us, like our appreciation of marine life (and nature in general), are imparted to our son.  Although including a young child in activities such as fish collecting and aquarium keeping can complicate the process, we are hoping that the extra effort we put in now will eventually pay off.  If our son becomes a more interesting person – someone with whom we don’t mind sharing this planet, then it will all be worth it. That’s why Finn has had a marine tank in his room since before he was born and we include him on our outdoor adventures whenever possible. Pictured above, mom (Ashleigh) pulls more than her own weight on one end of a 50-ft seine net while on a joint collecting excursion with aquarists from the Long Island Aquarium, the Baltimore Aquarium, and the National Aquarium in Washington D.C. while Finn sleeps peacefully.