Hack together a water leak tester for less than $15 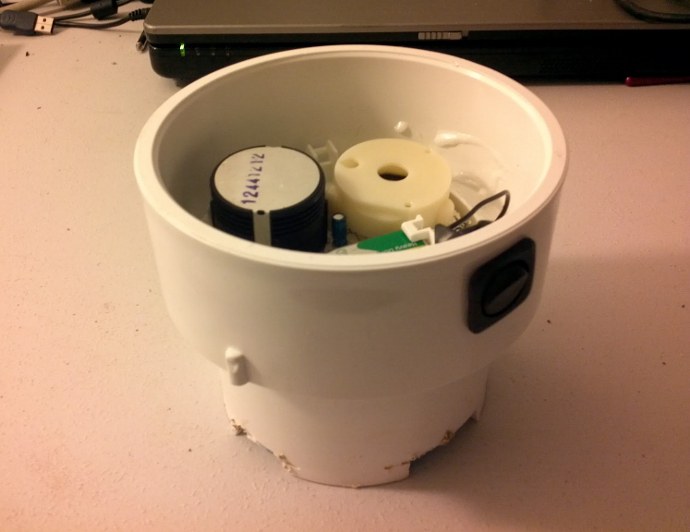 A picture of the finished water detector built from an inexpensive smoke detector.


What this person did was to open up an inexpensive $10 smoke detector and solder wire leads onto either side of the battery test button. The leads were then embedded in a cheap sponge and the sponge was placed where it would soak up water if there was a leak. If the sponge got wet (especially with saltwater), its conductivity rose and eventually the smoke detector test button circuit tripped sounding an alarm. The nice thing with this setup, too, was that it would also detect smoke, so it performed a double function. Granted in this configuration, it would only work if a fair amount of water leaked onto the floor, but it would work.

While there are ready-made water detection solutions already out there for only a little bit more (~$25), this industrious hack could lend itself to modifications beyond what is shown above. An ambitious individual could add multiple leads to the detector and test multiple points along their tank. They could also condense the large sponge down into more of a “probe” that could attach to the sides of a tank or sit in the sump area allowing one smoke detector to monitor multiple areas in a much more compact fashion.

Fishing in the deep: observations of a deep-sea anglerfish [video]