Our in-depth review of the fluidized bed reactor LGMAquari FB2 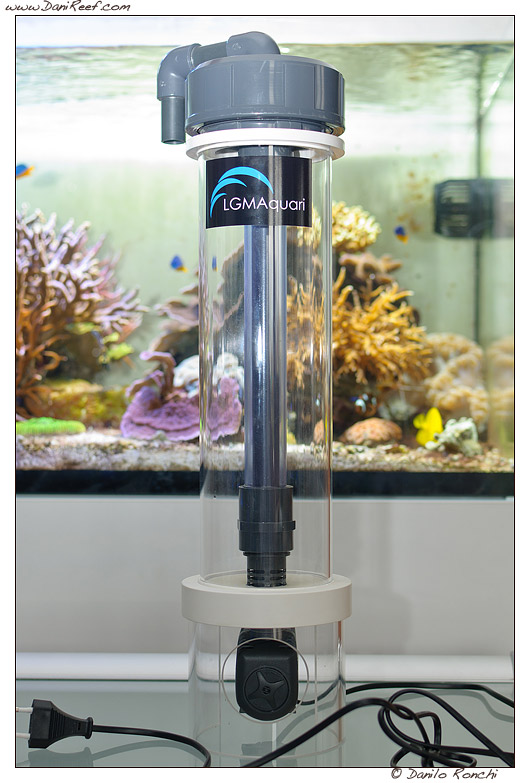 We had for testing the new fluidized bed reactor LGMAquari FB2 by the manufacturer since January. After about seven months of use in the aquarium we hare here to write our in depth review.

The reactor was premiered at Zoomark of 2011, and even then we had hit very well for the engineering solutions adopted. Especially we liked very much the fact that we should not use any sponge for its operation. 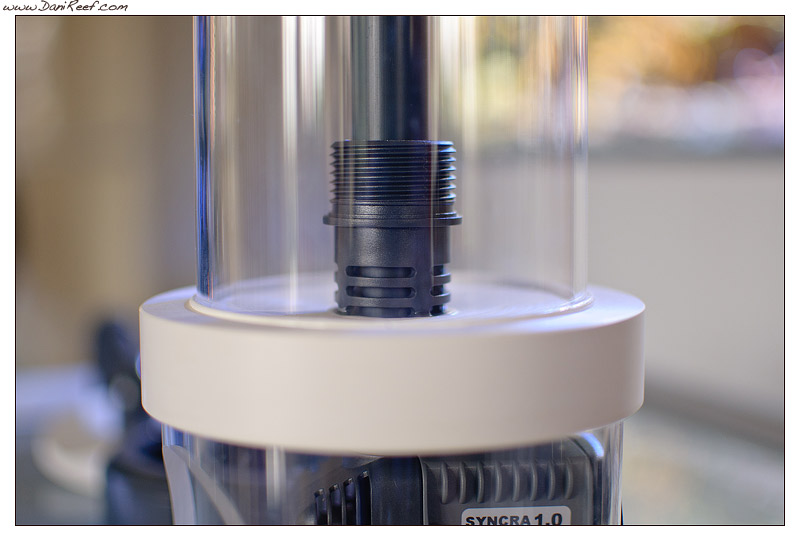 The reactor is constructed from acrylic, white PVC, for what concerns the outer body, and gray PVC for the clamping nut and the tubes of operation. The white, as you can see from the photos, it improves the overall look and feel giving to the object a very nice and particular style. The price list was set at 285.56 euros to the public. 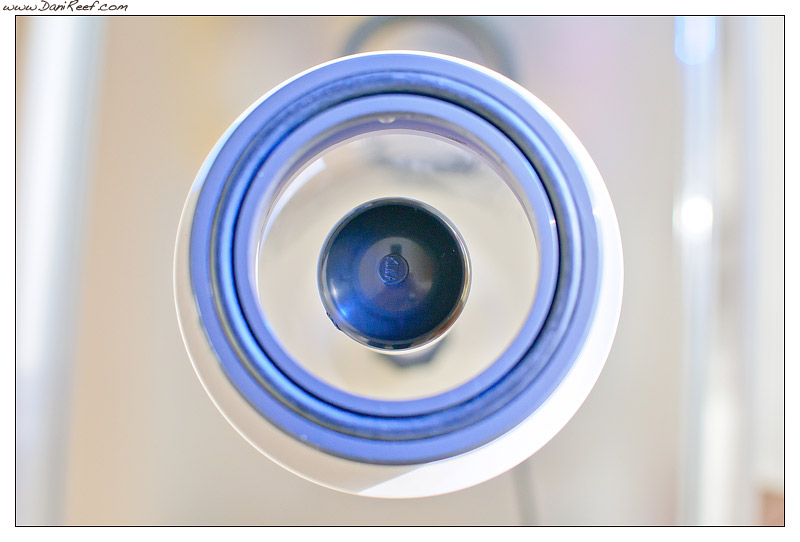 The working principle is very simple. The reactor is in fact composed of two concentric pipes, one in transparent PVC and another in gray PVC. Water is pushed by the pump supplied in the inner pipe, then slams into a cap at the top and return to the filter base where he meets a circular diffuser that releases inside the cylinder. 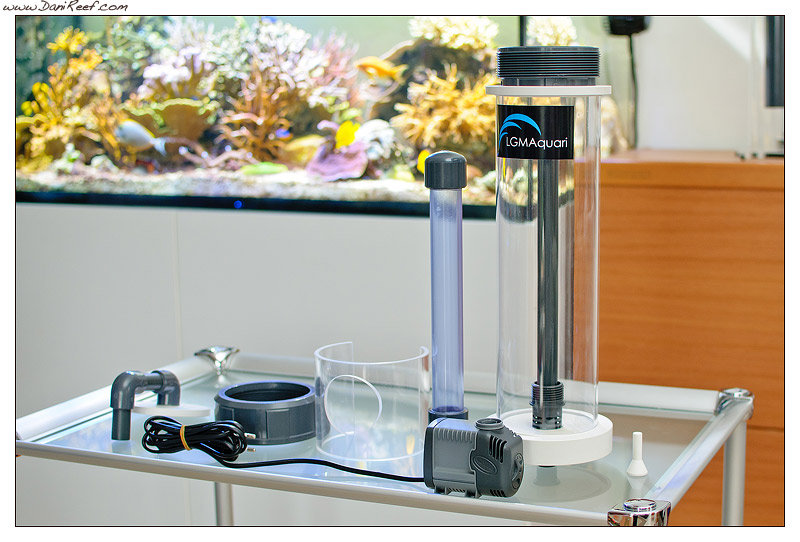 At the top there is a gray PVC pipe and a curve that flushes the water to aquarium. 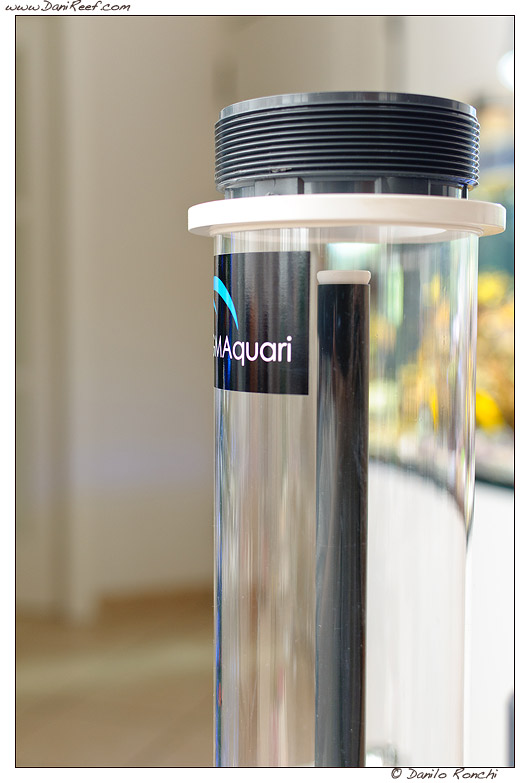 The core of this project is the white PVC valve, probably machined from solid, leaning on inner PVC pipe gray and it works simply by gravity. When there is flow from the pump the reactor works the resins. If, for whatsoever reason, the flow stops the non-return valve closes the pipe and the resins are not sucked in the aquarium. A method extremely simple and functional. 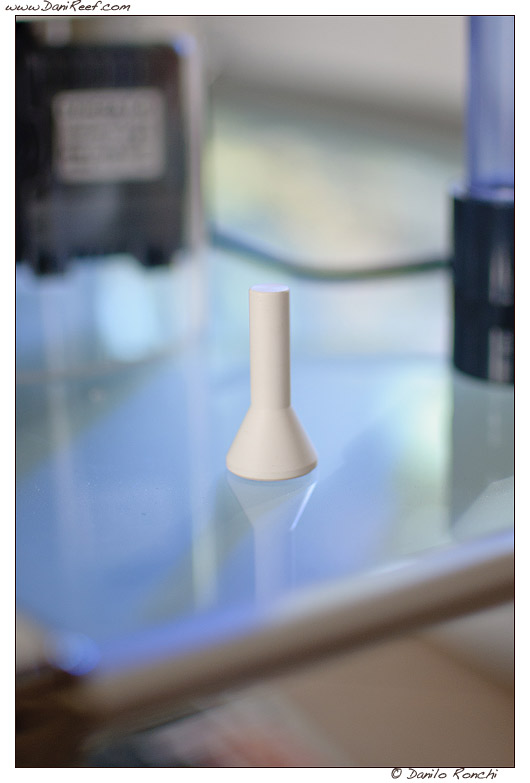 The supplied pump is (was) a sicce Syncra 1.0 that proved to be too powerful for this type of reactor, so that in agreement with LGMAquari we immediately proceeded to use a sicce Syncra 0.5 that in addition to reducing energy consumption has proved more suitable for using with this reactor, without the risk of excessively stir the resins and make them leak from the reactor itself.

Obviously this is especially true if the medium used is an antiphosphate resin, if in fact you were to use the biopellet then everything would depend on the flow desidered at the output.

For this would be very useful to prepare the filter with a simple output tap for determining the best flow rate based on the media used. 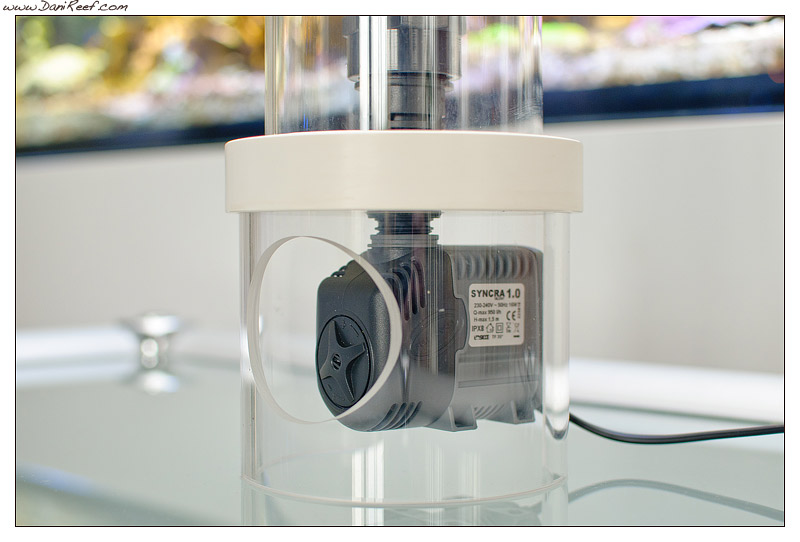 The Sicce Syncra 0.5 has a consumption of 8 watts declared, though we have measured 7 on our dedicated test, from the point of view of the annual cost of maintaining the reactor we have an annual consumption of about 61 kW, or 16 euro (€ 0.26 per kwh). Certainly not an expense problem. For comparison, the sicce Syncra 1.0 consumes little more than twice, or about 34 euros.

The outlet tube is placed very high up so its dripping occurs above the water surface by generating more or less noise depending on the desidered flow. I added, and recommend everyone to do so, a piece of silicone pipe on the output in order to bring it below the water level and lowering in this way the noise. 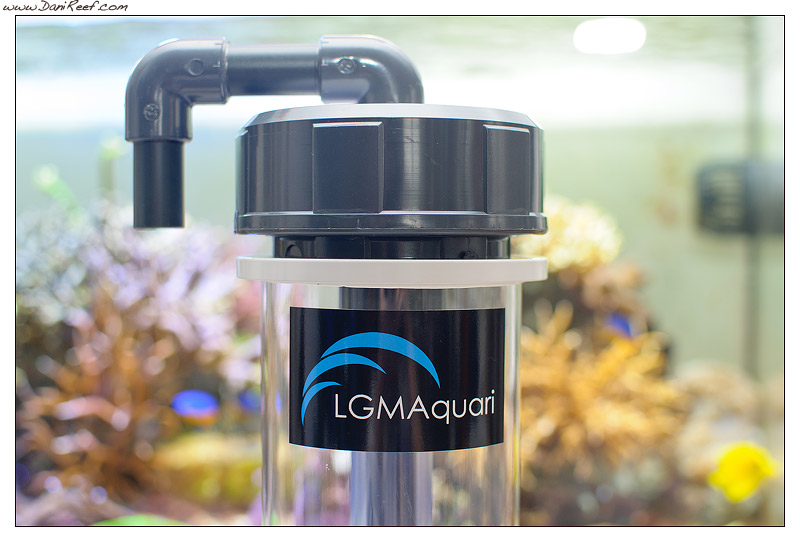 As can be seen from the pictures, the pump is screwed below the reactor, then to sustain the reactor LGMAquari used a half cylinder in which a part has been removed, on which is rested the body. 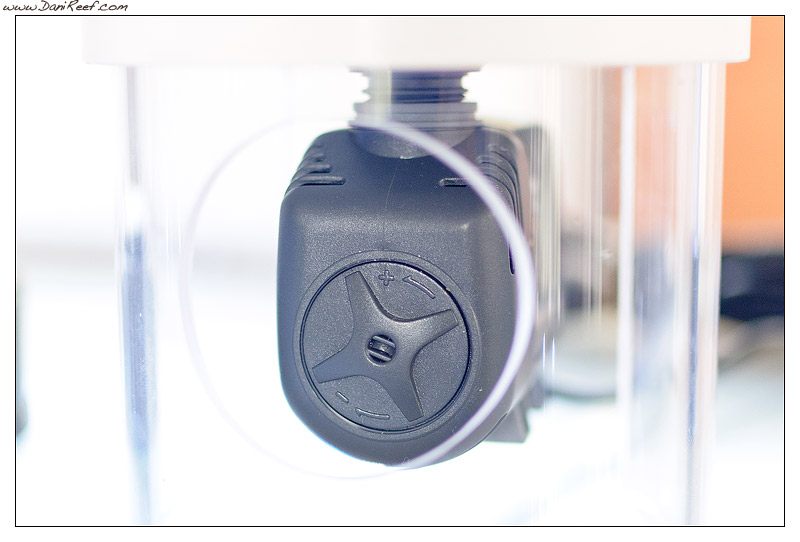 In this cylinder was also formed a circular hole to be aligned to the front of the pump, in order to act on the valve for proportioning the flow, unfortunately as for the difficulty of rotating the valve, as because of the little space available in the sump, this characteristic is very pretty to look at but a bit useless for practical purposes. It is still more convenient in the case, remove the cylinder and turn the valve. 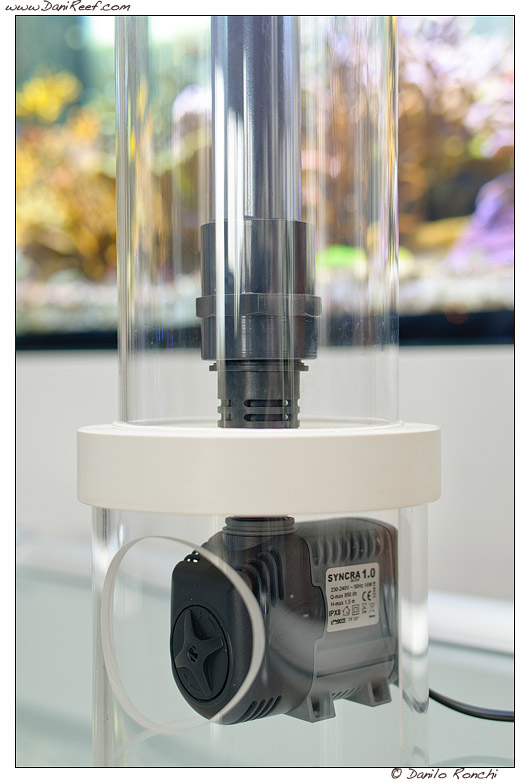 From the point of view of performance, there are no notes to be done. The reactor works very well, it fills easily and continues to operate without any kind of problem. Also trying with cycles of switching on and off we couldn’t put it in a crisis or we couldn’t to force the filter to push out the resins. There are not sponges that can clog and therefore also the necessary operation of extraction of the resins is rather simple, although the resins tend to stop on all internal protrusions. In any case it is sufficient to rinse a couple of times to get a clean reactor as new. 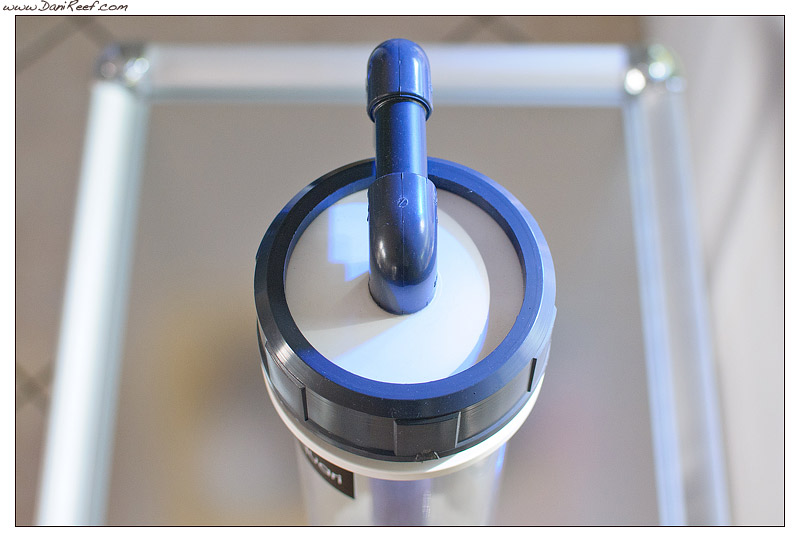 Given the size and power of the pump, we can use until 2 liters of antiphosphate resins, although in my opinion the most suitable quantities are about one liter or 500 ml of resins, that amount will be sufficient or not, only based on the amount of phosphates to remove in your tank. But this is not, of course, a problem caused by the filter.

I liked the fluidized bed filter LGMAquari FB2, especially not having to enter the sponges inside that can become a receptacle for dirt and bacteria and are so difficult to clean. Its efficiency is ensured in any condition of use. The only drawback may be the price as a cost of 285 euros can not be considered an economic product per se, although the price is amply justified by the making of the object and the technical choices taken. A purchase more than recommended then from all points of view.