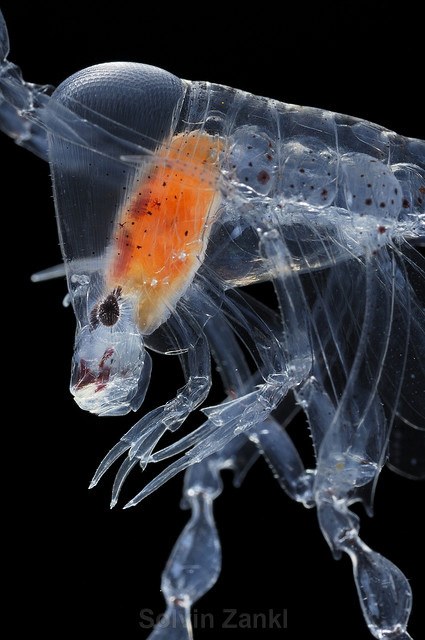 
These extraordinary macro-photography of pelagic plankton come from Solvin Zanki’s Flickr photo set. The only thing more awe-inspiring than Solvin’s photographic skills are his photo subjects.

The first three photos are of the amphipod Phronima sp. – AKA the pram bug.  Does the top photo look familiar?  It’s because the pram bug served as an inspiration for the creation of the xenomorph monsters in James Cameron’s science fiction classic Aliens. 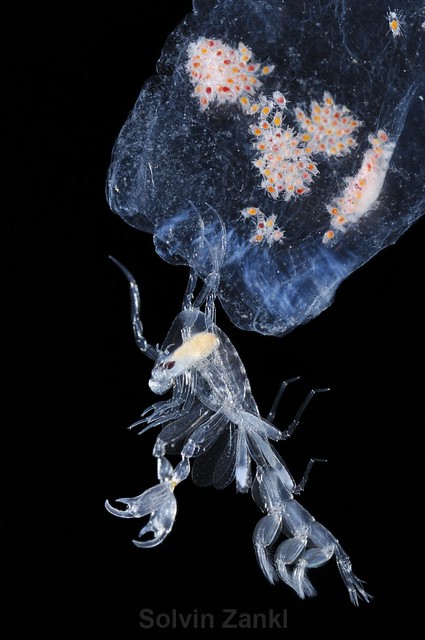 Pram bugs latch onto and feed on the innards of free-living salps (planktonic tunicates), eating their prey from the inside out … no doubt further inspiration for the Aliens’ monster design team. 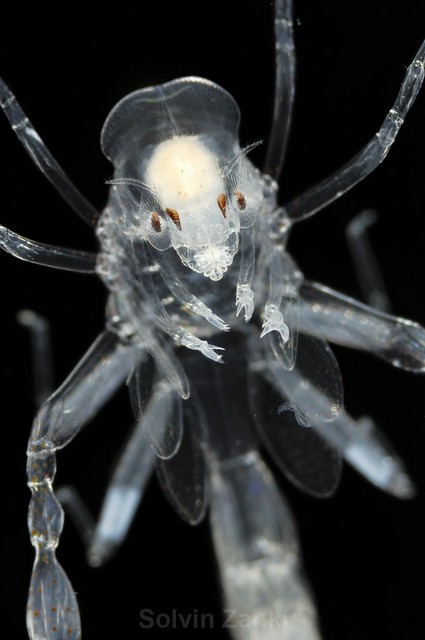 The better to eat you with!  The pram bug is one sinister looking plankton. 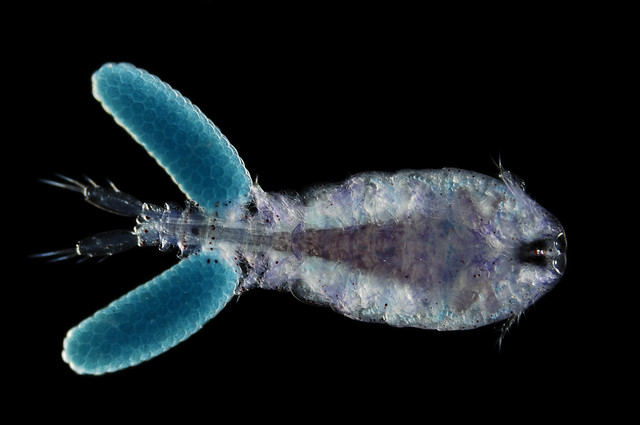 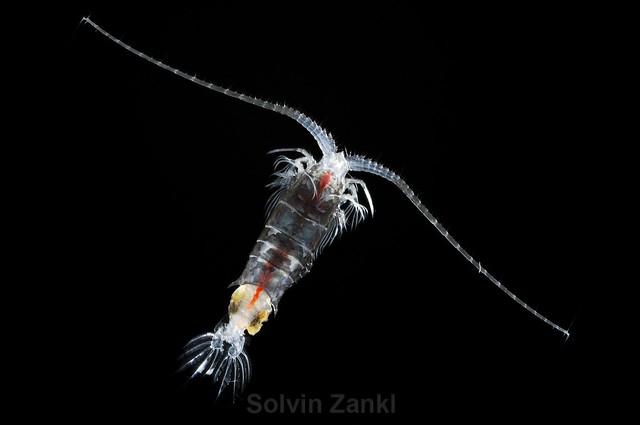 And another copepod (Gaussia princeps).  Pods come in all shapes, sizes, and colors! 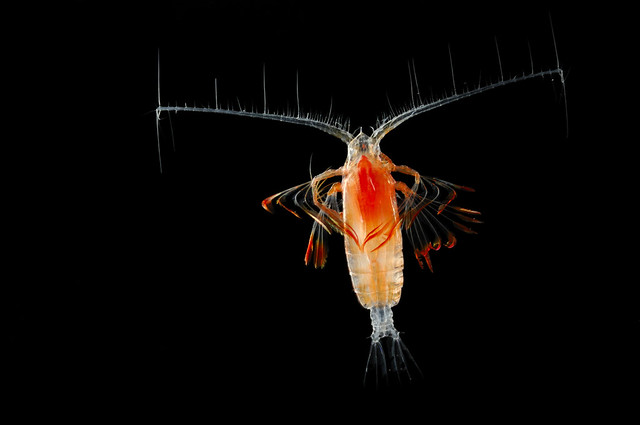 One more copepod (Euchirella sp.) just in case you didn’t believe us. 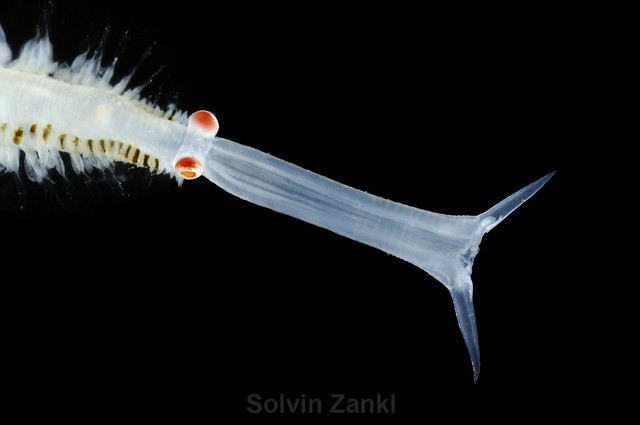 This is an alciopid polychaete (segmented worm) extending its proboscis.  In other words, it’s sticking out its inner throat/tongue to snag its prey. 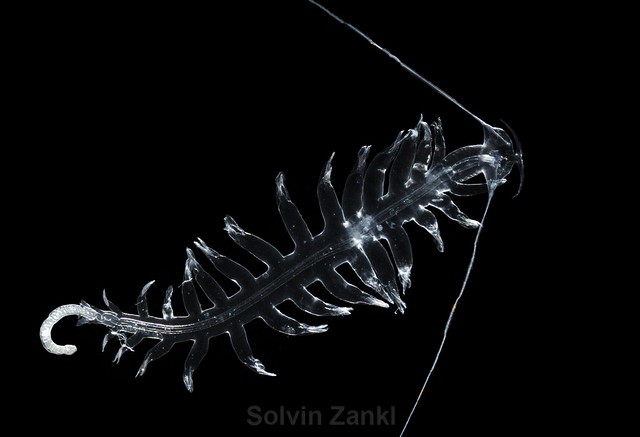 Another polychaete: The Tomopteris produces yellow luminescence when it is disturbed. 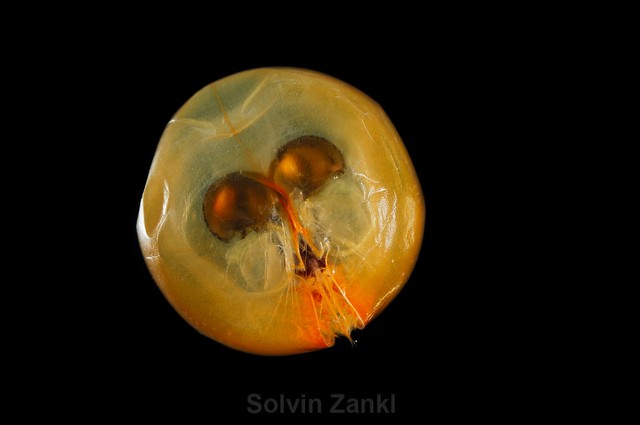 A balled up ostracod (Gigantocypris muelleri) 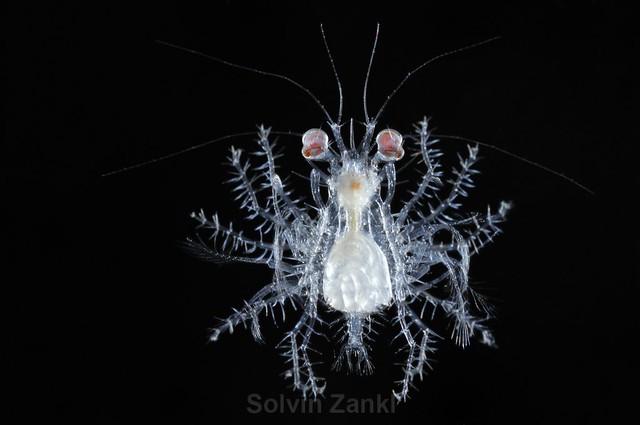 Believe it or not, this critter will one day grow up to become a crab.  This is its planktonic larval stage. 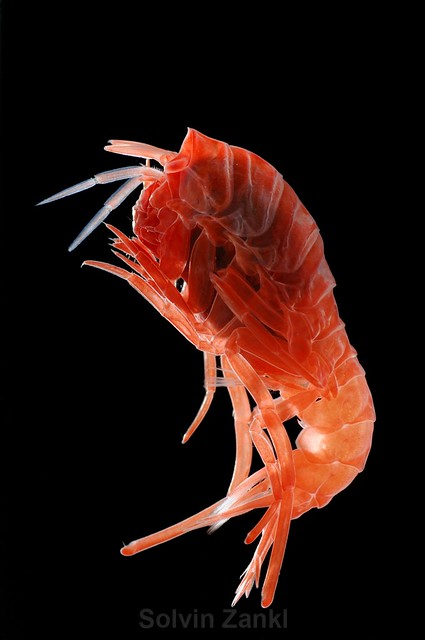 A splash of red: A deep sea amphipod, Lanceola sp. 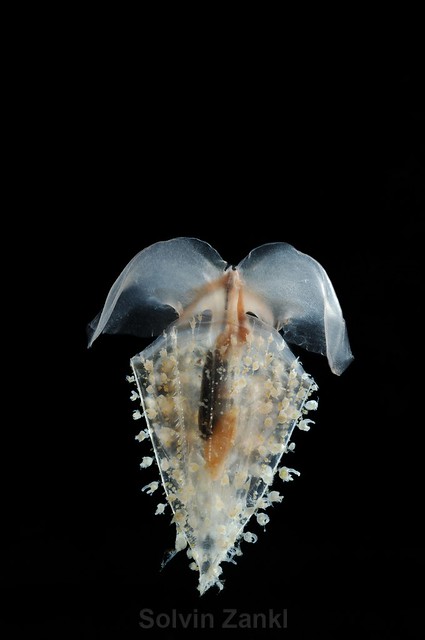 Another deep sea denizen, Clio recurva. While it may resemble a miniature squid, it’s actually a gastropod. 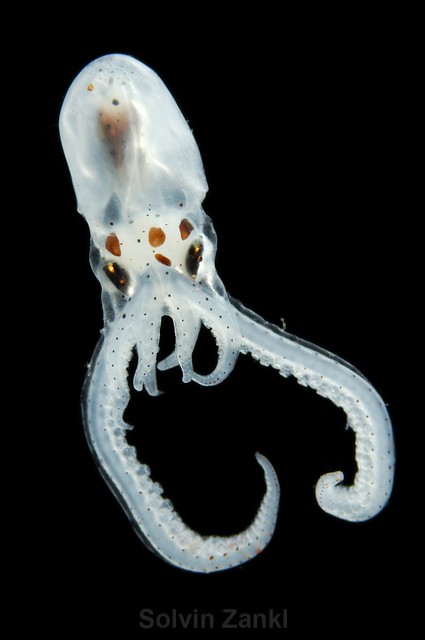 But this is a cephalopod!  Hello Octopus defilippi