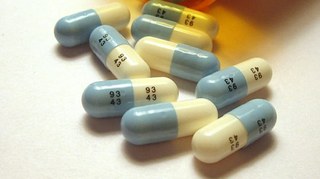 Fluoxetine makes its way into natural freshwater waterways because waste treatment facilities are unable to filter the chemical from human urine.  Until now, its effects on native fish populations was unknown.  Researchers aimed to find out how a common North American fish species, the fathead minnow (Pimephales promelas) would respond to increasing dosages of Fluoxetine.  The results were enlightening if not alarming.

The experiment discovered male minnows exposed to concentrations of Fluoxetine equivalent to current peak measured levels in natural fresh water developed an increasing obsession with their nest-tending responsibilities while female minnows developed no observable changes.  As researchers increased Fluoxetine dosage, the male fish began to focus almost exclusively on building nests and cleaning eggs to the point of ignoring females.  At extremely high levels, the males enraged and actually began to kill females!