Insecticides made by anemones? 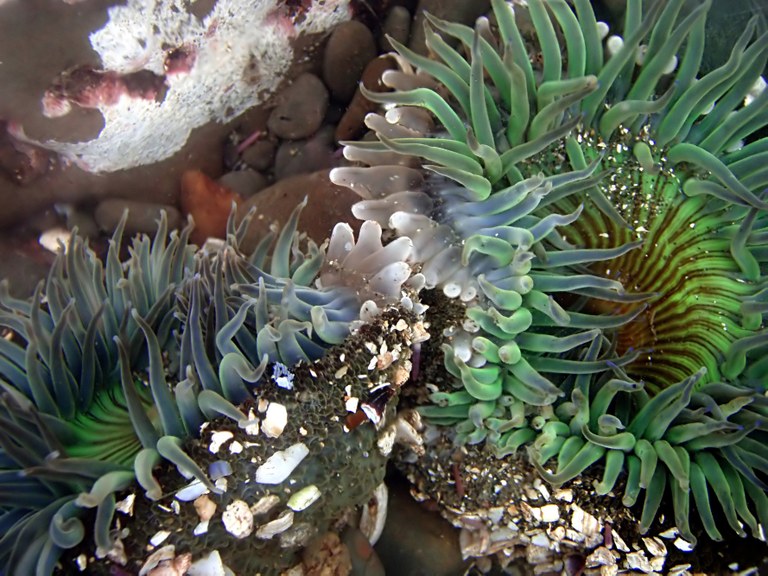 The the aggregating anemone, Anthopleura elegantissima, studied in this paper.

In past blog posts, we have reported on new drug discoveries from the ocean ranging in treatments for type II diabetes to stroke recovery.  Now sea anemone venom, in this case the aggregating anemone, Anthopleura elegantissima, may contain chemicals suitable for creation of new and improved insecticides.

Published this month in the Journal of Federation of the American Societies for Experimental Biology (FASEB), researchers Jan Tytgat and others studied the aggregated anemone, A. elegantissima, and found it has some unique toxins in its venom.  The type of toxins isolated make them ideally suited for developing new classes of insecticides that are environmentally friendly and avoid resistance in the insects they target.

“Because these toxins are aimed at important ion channels present not only in insect cells, they form the leading edge of our new biotechnology. Discovery of this useful marine toxin should provide additional incentive to preserve the fragile coral reefs where anemones thrive,” said Gerald Weissmann, M.D., Editor-in-Chief of The FASEB Journal, “But, given current attitudes, I suspect there’s a better chance of a sea anemone killing a stink bug than for us to reverse our inroads on ocean life.”