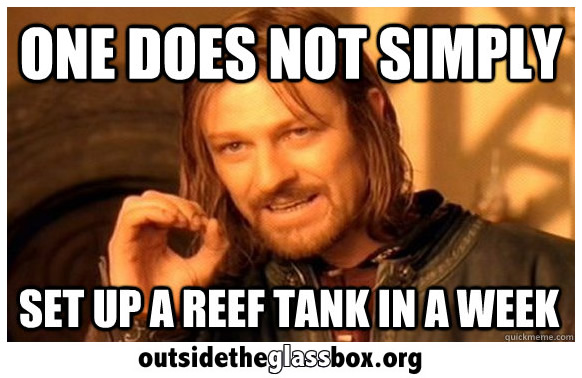 Patience is a virtue –  Prudentius

Reef tanks are not instant art. They are mini eco systems that take a bit of time to become stable and trying to rush things is generally a recipe for disaster. We can all understand the excitement about wanting to do things quickly, but since the animals we keep are alive and dependent on a glass box for everything they need, it seems they deserve the consideration of a stable home.