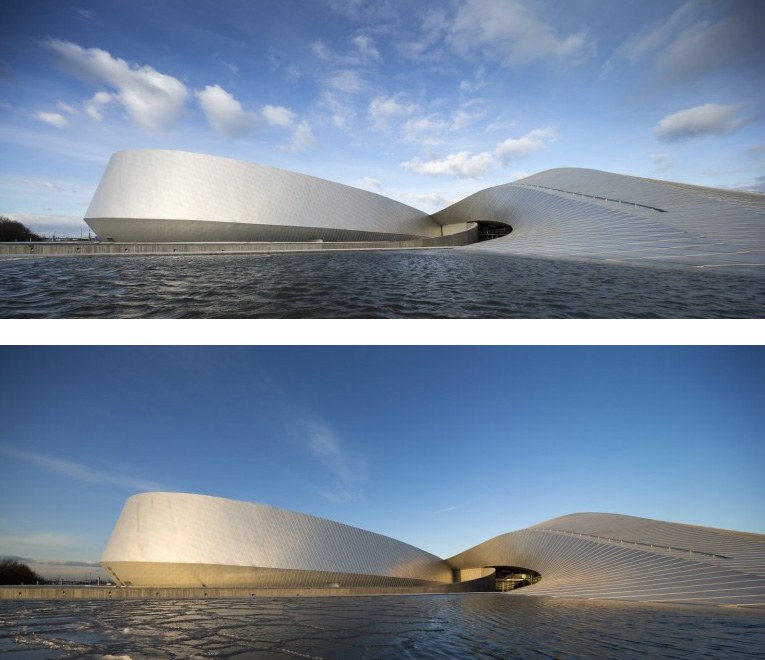 The Blue Aquarium is gorgeous all day long. Look carefully at the foreground. The aquarium changes its landscape as the tides come in and out! How ridiculously amazing is that?


Last May, we reported that construction was underway for the Denmark’s Aquarium (nicknamed The Blue Planet).  Not only was The Blue Planet destined to become Northern Europe’s largest aquarium at 9,000 m2 (97,000 sq ft), but it was also easily in contention for the title of world’s most beautiful aquarium.  The artist renditions and architectural models were jaw-dropping.

We’re happy to report the completed aquarium is as beautiful as (if not more so than) initial reports.  The Blue Planet not only houses an impressive collection of exhibits; The amazing metal-clad structure manages to harmonize perfectly with nature around it.  The land and sea are every part an extension of the man-made object.

What Type of Coral is This?