Could coral reefs become sponge reefs in the future? 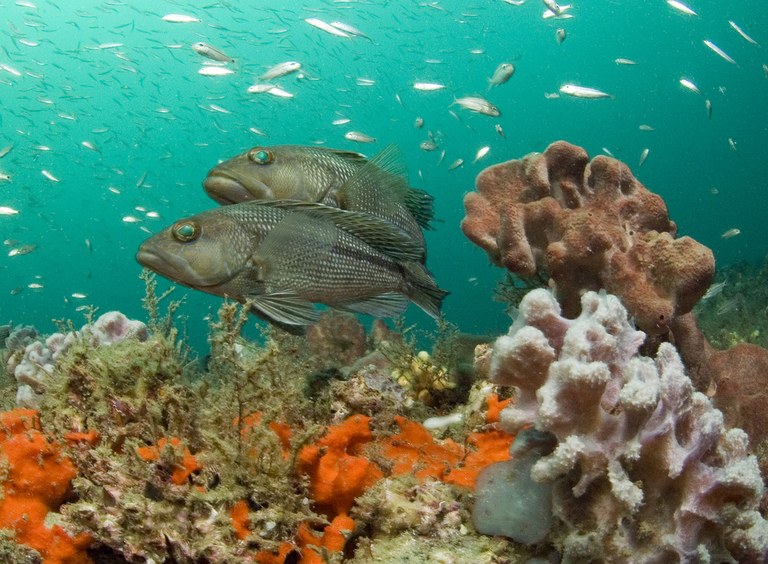 Dr James Bell, who specializes in sponge ecology, is the lead author of an article published in Global Change Biology which suggests that sponges may become the dominant organisms inhabiting coral reefs when the effect of climate change and ocean acidification sets in.

“Coral reefs face an uncertain future as a result of global climate change and other stressors which have a negative impact on reefs,” says Dr Bell.

“It has been predicted that many reefs will end up being dominated by algae rather than corals, which will have negative effects on biodiversity and ultimately on the ability of humans to derive protein from reefs.”

“However, we propose an alternative scenario—as sponges and corals respond differently to changing ocean chemistry and environmental conditions, we may actually see some coral reefs transforming into sponge reefs.”

As part of the study, the group of scientists from Victoria University, the University of Auckland and the Australian Institute of Marine Science considered evidence from a range of sources including the geological record. Paleontological evidence from over 200 million years ago suggests past ocean acidification events were followed by a mass extinction of coral species and subsequent proliferation of sponges.

The scientists have also observed several sites, including places in the Caribbean, Atlantic and Indo-Pacific, where sponges have already increased in abundance as corals have declined.

Despite the important functional roles sponges play on coral reefs including filtering nutrients and providing a habitat for other species, Dr Bell says most research to date has focused on the future of corals.

“Coral reefs provide a home for around one quarter of the world’s marine species, so understanding their future is incredibly important.”

“Further research on the impacts of ocean acidification and ocean warming on coral reef sponges is urgently required, so that we can help better protect reefs and understand how they might function in the future,” says Dr Bell.

Dr Bell has carried out research on the Indonesian island of Sulawesi, which has some of the most extensive and diverse coral reef systems in the world.