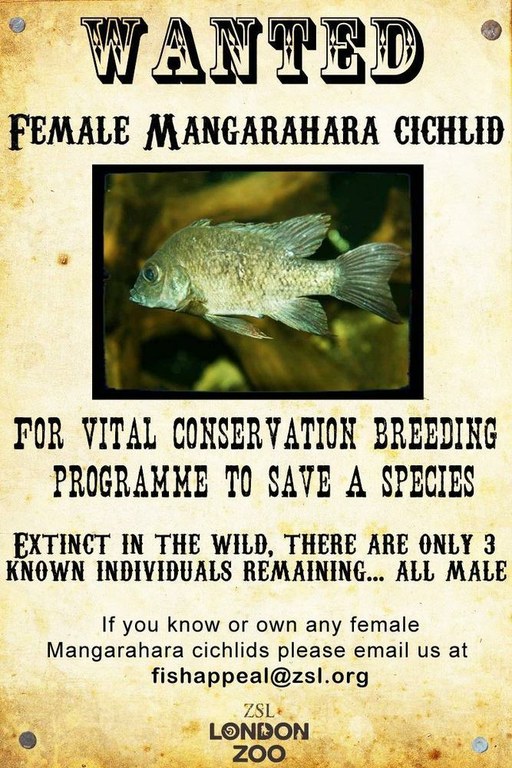 
The Zoological Society of London attempted to source a suitable breeding Mangarahara female from other public aquariums but have come up empty handed.  They’ve now turned their attention to private fish collectors in hopes that someone somewhere has a female for the lonely males.

Two of the three known males are over 12 years old, so time is of the essence to stave off extinction. It doesn’t bode well that males are notoriously picky and aggressive with their mates.  The last attempt to breed these cichlids in Berlin Aquarium ended up with the male killing the female.  The London Zoo is hoping their two males are more congenial.

Like many freshwater fish, the Mangarahara cichlids were driven to near extinction by human activities (in this case, with the construction of dams in Madagascar cutting off water to their limited natural distribution).  And now they will require human intervention to save them.

If you have or think you have a female, please email The London Zoo at fishappeal@zsl.org.  An entire species is literally at stake.