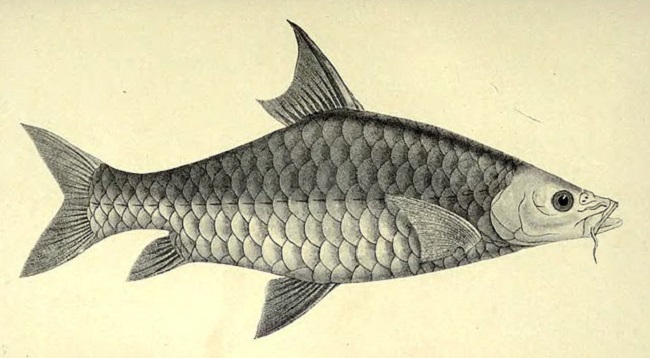 The ikan kelah, or red mahseer, is a cypriniform fish that is found in cool, fast and clear waters from the Himalayas to Afghanistan, Pakistan, India, Bangladesh, Nepal, Myanmar, Sri Lanka, Thailand, Cambodia, Laos, southern China, Vietnam and Indonesia. However, it is almost revered in Malaysia, where it is known as the river “king,” or “empauru” in the Sarawak language. While it is often enjoyed there by aquarists and pondkeepers as an ornamental fish, it is especially valuable to fishermen and restaurants as a gourmet food fish. At present, the species trades for RM800 to RM1,200 per kilo live weight. Though it is slow growing, it can reach the size of a grown man. Its value has been increasing as overfishing (as well as deforestation and environmental degradation) continue to reduce the size of wild populations. Hence, fisheries scientists have been working to establish a successful rearing protocol for the kelah.

Thus far, kelah fish farms have had little hope of true success. A major impediment in the mass culture of the species is broodstock nutrition. Imbalanced nutrition has been blamed for a host of deformities that is common among larval stock. Researchers at the Universiti Putra Malaysia (UPM) suspect that many of these conditions can be reversed by developing a special kelah diet. The kelah is a true omnivore; in the wild, it feeds on a diverse set of food items including small crustaceans, algae, frogs and fallen fruits. Aquaculture nutrition specialist Dr. Mohd Salleh Kamarudin, Head of the Aquaculture Department of the Agriculture Faculty of UPM, predicts that his team will be able to present a prototype of an improved kelah broodstock diet some time next year. He claims that their studies have already suggested that vegetable oil-based, rather than fish oil-based, feeds are preferable for this species.