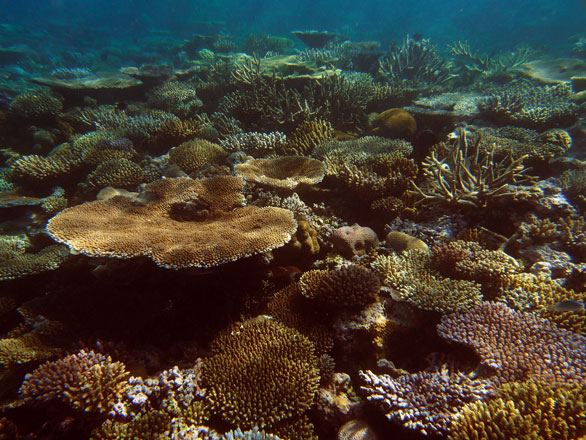 Fiji’s reefs house some 333 species of corals of all shapes, sizes and colors, many of which we’ve seen in Lau Province.  We’ve examined many reef types, some which fringe the shore (fringing reefs), some in the center of a lagoon (lagoonal patch reefs), and some that form a barrier between the open ocean and the lagoon (barrier reefs).  We’ve also surveyed different habitats within these reefs – the reef flat, reef crest, pinnacles and coral bommies, fore reef slope and lagoonal floor, from about 30 meters (m) depth to just below the water’s surface.  MORE: Global Reef Expedition: Canopies of Coral