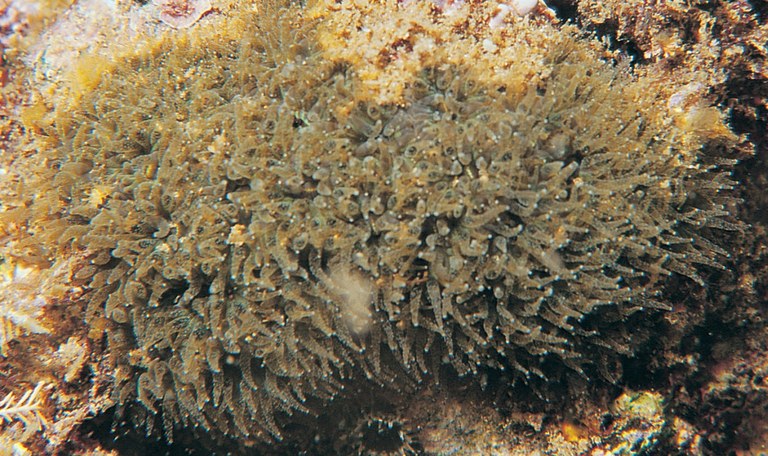 
It is well known that seagrass beds can provide significant benefits to surrounding ecosystems such as coral reefs. Not only do seagrass meadows potentially help promote coral calcification, but certain corals may actually ingest seagrass particulate matter and use it for growth.

Published this week in the journal Coral Reefs, Lai, Gills, and others report on this first in their paper First experimental evidence of corals feeding on seagrass matter.

What Lai’s team did was perform feeding experiments on the coral Oulastrea crispata, which lives in and around seagrass meadows. Stable isotope analysis was used to measure the intake of 15N-enriched seagrass particulates and dissolved organic matter into coral tissue and the team found the coral ingested similar quantities of both seagrass particulates and dissolved organic matter in the span of their experiments.

This study suggests a new, previously un-researched route for coral to obtain nutritional sustenance from its surroundings and that further research is necessary to better understand this relationship.