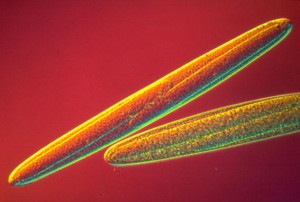 The bacterial behemoth, Epulopiscium fishelsoni, is truly unique. E. fishelsoni is commonly regarded as the largest bacterium discovered to date, having the size of roughly 1,000,000 Escherichia coli. 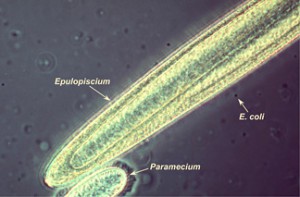 Residing within the gastrointestinal tract of several tang fish species, E. fishelsoni is thought to have a mutually symbiotic relationship with its host, assisting in the digestion of algae, which constitutes the majority of the tang’s diet.

Red Dragon – Acropora walindii (?) – One of the hottest new Acroporas