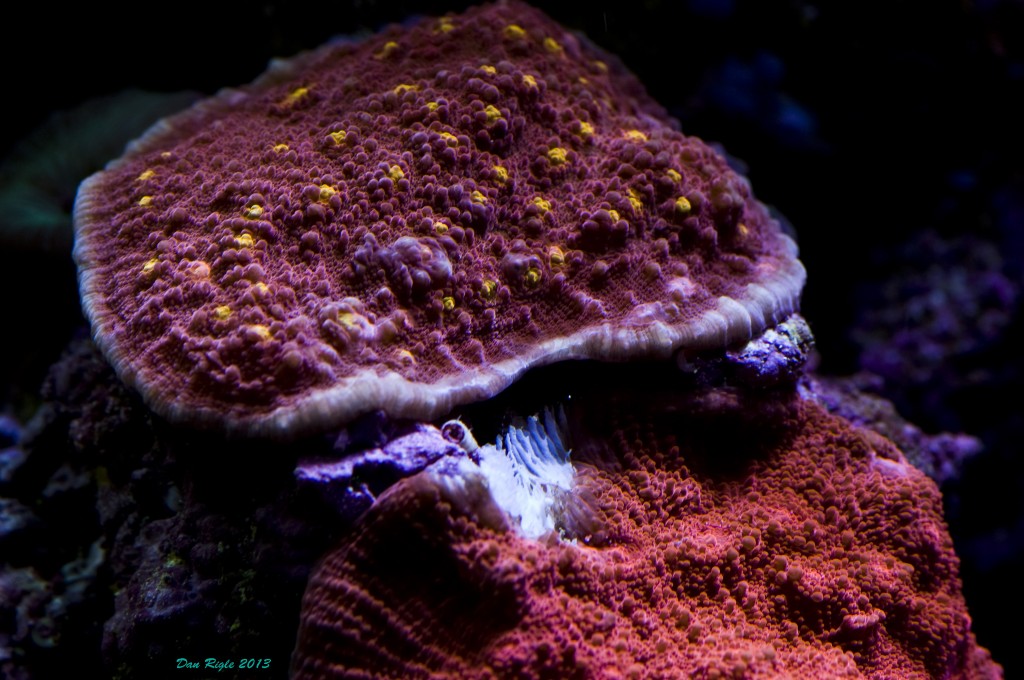 A few weeks ago I posted a blog with two acropora corals growing peacefully together and I wanted to get a part two up for when the opposite occurs.  This is somewhat unpredictable and death can occur even when very similar corals and species are considered.  This Echinophyllia aspera on the top appeared to be similar or possibly the same genus/species as the coral below that has been damaged. They have been growing together for years and I never witnessed any aggression until the gap between them was reduced to a few centimeters. The top coral extended long mesenterial filaments and aggressively removed tissue from the coral below withing a few hours. Interestingly enough, it has not showed any aggression since the attack. Coral aggression , at the best is unpredictable and requires trial and error to achieve a dense growth of various corals in a confined area. Image below is the two acropora corals from my first entry on coral aggression in case you missed it. 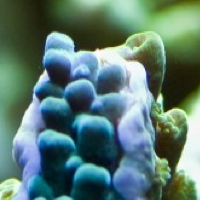