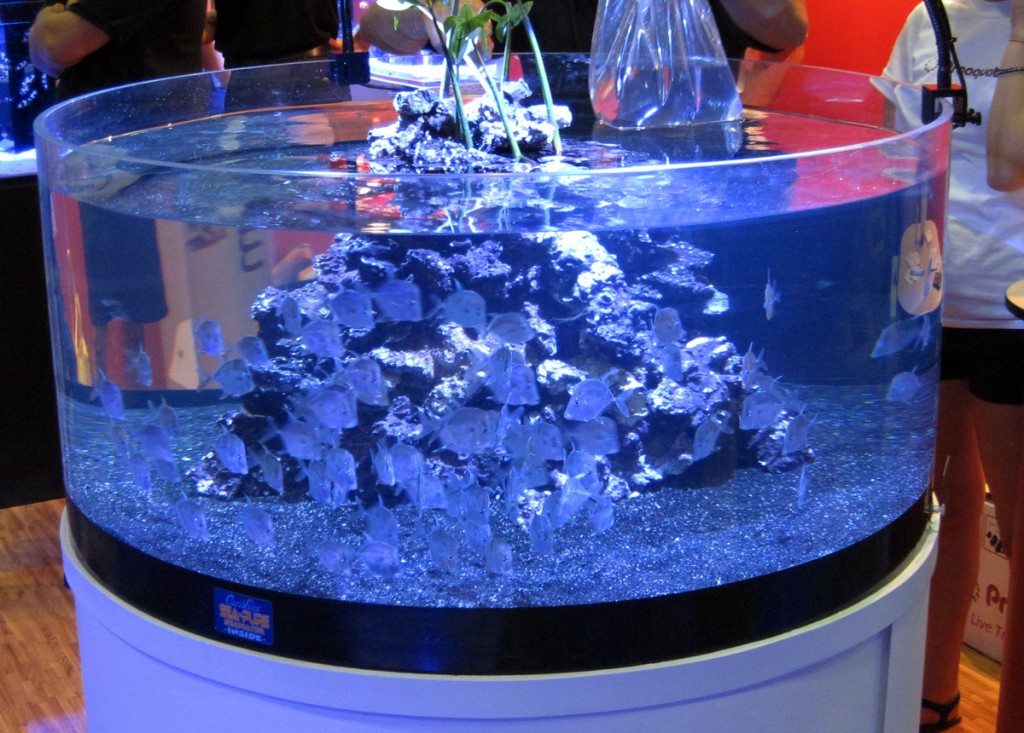 Earlier I posted a few examples of the plethora of show tanks at MACNA 2013. Below are a few more examples of the range of displays. Some vendors went large, with huge displays, excellently aquascaped and full of fish, others went minimalist with nano systems- and all were stunning. It was quite possible to spend an afternoon just checking out each of the individual displays without visiting any other booths. One of the most eye catching displays was that of Proaquatix.  Their circular tank full of lookdowns was a constant crowd pleaser.  In the following gallery is another shot of the lookdown tank, as well as other MACNA displays. Enjoy!