By Heidi dM 8 years ago3 Comments 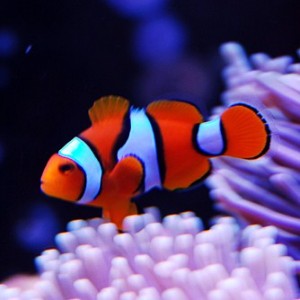 Last year this time, the Center for Biological Diversity filed a petition with the National Marine Fisheries Service to protect the Orange Clownfish and seven other reef fish under the Endangered Species Act. The Service failed to respond to the petition, and so this year, the Center filed a formal notice of intent to sue the Service for its failure to act.

A grim reality is that climate change and increasing ocean acidity are damaging our coral reefs and threaten to destroy most coral reefs before mid-century.  All the petitioned fish are habitat specialists, relying on live corals and anemones for survival.  Not only is ocean acidification bad news for the corals, but for the fish too: it has been shown to damage the sight, smell and hearing of clownfish and damselfish, making them disoriented: Test results showed that some fish were five to nine times more likely to be eaten by predators when exposed to CO2 at the levels that are expected later this century.

These fish also face the possibility of overharvesting by the marine aquarium trade (the movie “Finding Nemo” hasn’t helped this matter) as damselfish and clownfish are the most commonly traded species worldwide.  Studies indicate that the orange clownfish and black-axil chromis damselfish are suffering population declines in the wild due to overharvest.

Protection under the Endangered Species Act would provide habitat protection and recovery planning and minimize the impacts of federal actions such as dredging, commercial fishing and coastal construction which harm these fish and their coral-reef habitat.