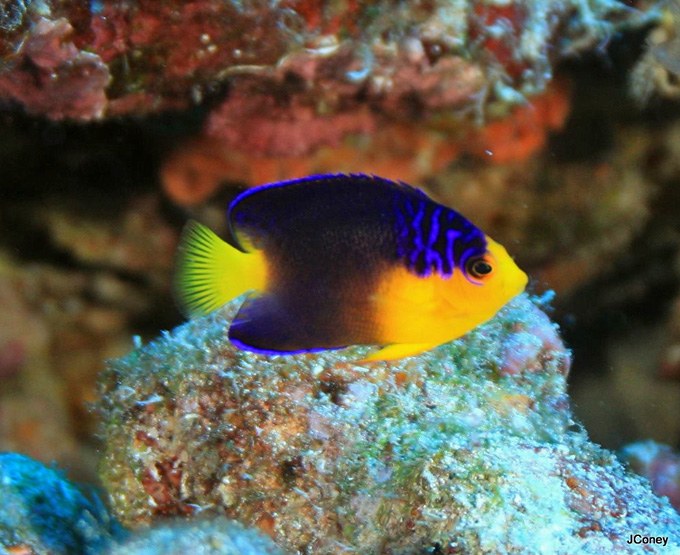 What a gorgeous dwarf angelfish! Photos by John Coney.

This solitary specimen was spotted at a depth of 120 feet at Kona, Hawaii, roughly 750 nautical miles away from its natural distribution at Johnston Atoll.  Centropyge nahackyi is almost never seen in the aquarium trade because of its limited distribution. Johnston Atoll was a US Military base (closed in 2004) and is currently part of the Pacific Remote Islands Marine National Monument, a highly protected area overseen by the US Fish and Wildlife Service.  C.nahackyi is named after Tony Nahackyi, a veteran aquarium fish collector. We’re told this specimen is located in a no-catch zone.