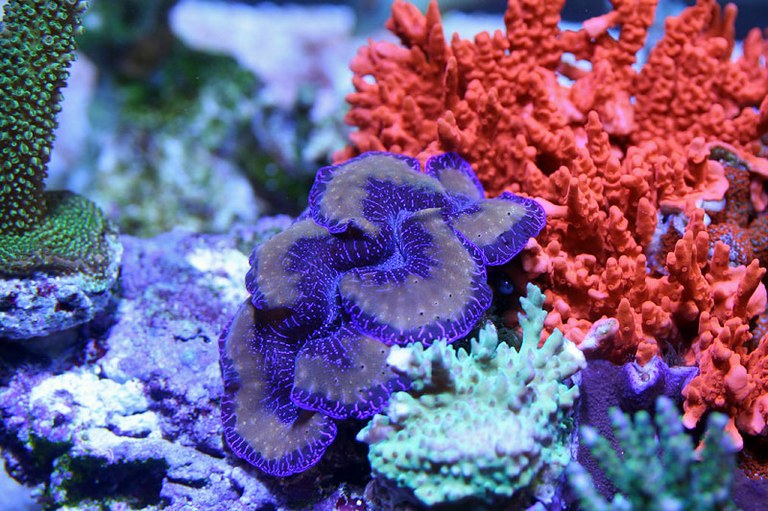 The orange Montipora setosa of Craig Bagby is one of 23 coral species recently (and unsuccessfully) petitioned for ESA listing.

On July 15, 2013, the Wildlife Guardians petitioned NOAA to list 81 marine species as threatened or endangered under the Endangered Species Act.  Of the 81 species, 23 are corals.  On October 25, 2013, the National Marine Fisheries Service ended its 90 day review process for 23 species of corals, determining there is not “substantial information” to warrant ESA listing for 20 species.

Today the National Marine Fisheries Service published their 90-day finding on a petition to list 23 coral species under the Endangered Species Act.  The 23 corals are part of a wider set of 81 marine species the agency was petitioned to list in July 2013.  The finding determined that the available information presents substantial scientific or commercial data or information indicating that the petitioned action may be warranted for three species (*Cantharellus noumeae, Siderastrea glynni*, and *Tubastraea
floreana*).   We will initiate a status review of these species and we seek information from interested parties and the public on the status, threats, and conservation of these species.   The public comment period opened today and ends 24 December 2013. A 12-month finding on whether or not to propose
ESA listing for one or more of these three species is the next step in the process.

The 90-day finding, petition, link to the online public comment site, and other information are all available at: http://www.nmfs.noaa.gov/pr/species/petition81.htm

Please note: This finding is unrelated to the 66 species of reef-building corals proposed for ESA listing. On October 20, 2009, the Center for Biological Diversity petitioned NOAA to list 83 coral species for ESA listing.  After the 90 day review period, NOAA determined 82 corals warranted further inquiry.  On December, 7, 2012, NOAA officially proposed 66 species for ESA listing, which was scheduled for final determination a year from the date of the proposal (December 2013).  In September 2013, NOAA extended their decision to June 2014 due to vigorous scientific debate.

First spotting of Acropora gemmifera in the main Hawaiian Islands