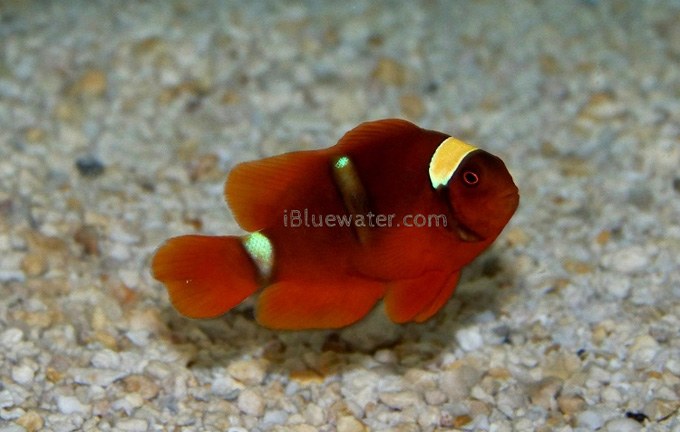 This specimen was collected from East Malaysia at a depth of approximately 16 feet.

In the past decade, we’ve seen numerous maroon clownfish variants from naked maroons to lightning maroons to spotted maroons and everything in between.  Aberrant specimens like The Turquoise Tail Line Maroon Clownfish should open up all sorts of selectively-bred “designer” clownfish possibilities with Premnas biaculeatus, potentially dwarfing the variety of captive bred Percular/Ocellaris clown.  Blue lighting maroons?  Ball lightning maroons?  Yellow cap naked maroons?  And then to consider the possibilities cross-breeding maroons with perculas, ocellaris, et al. … (head explodes)

More information about the Turquoise Tail Line Maroon can be found at 3reef.com.