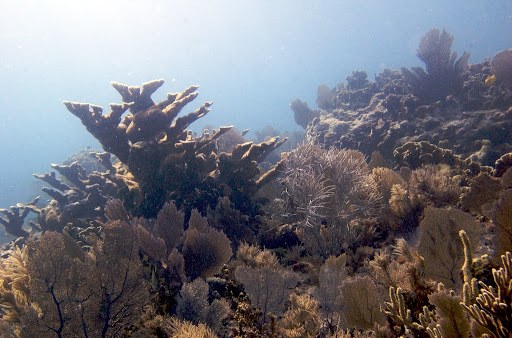 In a 13-year study in the Cayman Islands, warm ocean temperatures led to bleaching and infectious disease that reduced live coral cover by more than 40 percent between 1999 and 2004. But seven years later, the amount of live coral on the reefs, the density of young colonies critical to the reefs’ future health, and the overall size of corals all had returned to the 1999 state, the study showed.

Much of the reef surrounding Little Cayman Island is protected, so damage from fishing, anchoring and some other human activities is minimized, said UF researcher Chuck Jacoby, who helped with the study.

“Nevertheless, all coral reefs, even those that are well-protected, suffer damage,” Jacoby said. “Little Cayman is an example of what can happen, because it is essentially free from local stresses due to its isolation, small human population and generally healthy ecology.”

“There’s a debate over how resilient coral reefs are,” said Frazer, director of UF’s School of Natural Resources and Environment, part of the Institute of Food and Agricultural Sciences. “Some say it’s a lost cause. We believe there’s value in making sure coral reefs don’t die.”

Despite these travails, the new UF study offers hope for coral reefs ─ if humans pay more attention to protecting them.

The study, published in the November online publication Public Library of Science, was later highlighted in the “Editor’s Choice” section of last month’s issue of the journal Science.

From 1999-2012, scientists, including Frazer and Jacoby, studied reefs around Little Cayman Island, an area known for its healthy reefs. Researchers wanted to see how well the reefs stood up over time under a variety of stresses that included, for example, increased sea surface temperatures.

[via the University of Florida]