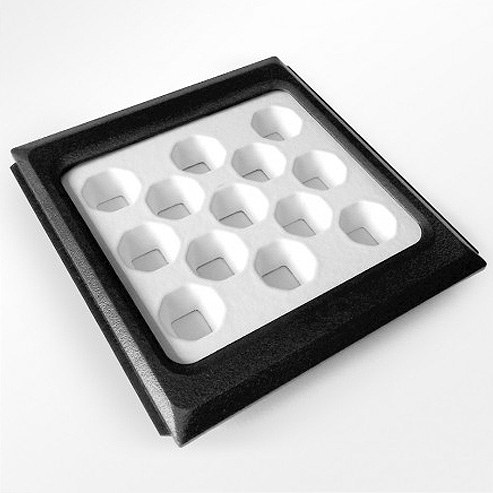 These new reflectors are specifically design for the Razor LED pad to increase the spread from the stock 90° to the new 120°. An ideal option for those that do not demand deep water penetration, and looking to increase the coverage of their Razors without having to suspension mount them.

Coated with nano-tech paint provides a 95% reflective rate and the reflected light spread will be evenly distributed blending the different color LEDs. What this means is that the light reflected by these new white reflectors will give a soft and meshed hue, the color from the different LED chips will blend together much better while reducing the “disco ring” effect once the light hits water, as reported by some Razor users.

Watch the heartbeat of Banggai cardinalfish still in their eggs [video]

Video of the craziest sea slug you will ever see